Turkey, US to provide military training for Syrian opposition 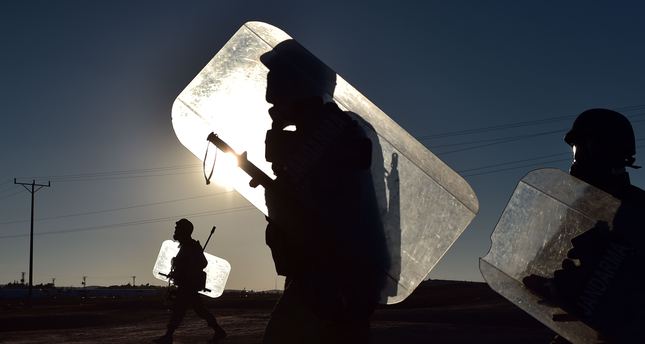 by Ahmet Topal Oct 11, 2014 12:00 am
Turkey and the United States have agreed on arming and providing military training for the Syrian opposition. Turkey's National Intelligence Organization (MIT) will identify and bring those moderate Syrian oppositions to be trained at a military base near Turkish-Syrian border. The United States has agreed on to provide all of the weaponry and related equipment for the training, according to the officials.

Turkey's President Recep Tayyip Erdoğan has recently announced that during the meeting with U.S. Special Presidential Envoy John Allen U.S. and Turkey have agreed on 'Train-Reinforce' plan on last Thursday. U.S. State Department Spokeswoman Marie Harf has announced that the American military delegation consisting of Generals will arrive in Turkey to meet with President Erdoğan and discuss the details and the execution of the 'Train-Reinforce' plan.

During the meeting between Turkey and the U.S. officials on Thursday, although both sides agreed on providing training for the Syrian opposition, Turkey has insisted on determining the participants from the opposition members. The National Intelligence Organization of Turkey will make use of the information that it has filed since 2012 on the region to determine the moderate Syrian opposition members. The first group of participants will consist of four thousand members, who then will receive periodical training with groups ranging between 400 and 500.

Although the location of the military base for the training program for the Syrian opposition group is determined to be near Turkish-Syrian border, the U.S. and Turkish intelligence will keep the actual location as undisclosed due to security reasons. Furthermore, The Democratic Union Party (PYD)'s military arm People's Protection Units (YPG) will not be included within this training program as it is related to the terrorist organization PKK in Turkey. The official sources indicate that due to PYD and YPG's support to the Assad regime, the officials will not provide any weaponry or military training for these groups.

Military training to be provided by Turkish military officers

The comprehensive military training is determines, however, the details on the execution program will be determined within the upcoming week by the officials. However, the military sources state that the very first training will be on how to use weapons, and shooting drills. The second part of the training is being determined to be on how to survive at hard conditions. The final phase of the 'Train-Reinforce' plan includes logistical support in which the participants will make use of the weaponry and military equipment that is provided by the U.S. government.
Last Update: Oct 11, 2014 5:30 pm
RELATED TOPICS