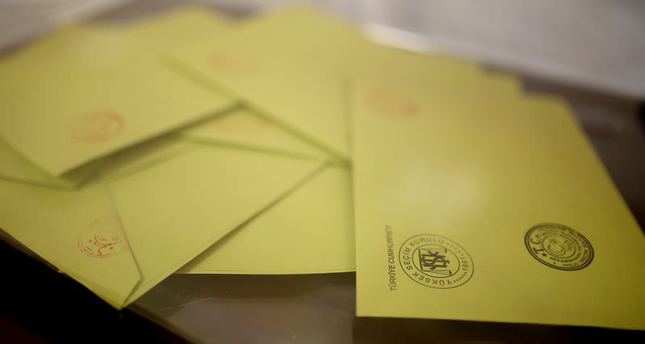 by Daily Sabah Oct 12, 2014 12:00 am
A total of 13,994 judges and prosecutors went to the ballot boxes on Sunday and curbed Gülenist infiltration in the judiciary by electing non-Gülenist members in the Supreme Board of Judges and Prosecutors (HSYK) election.

The prosecutors and judges cast their votes in provinces where they were assigned. Those members who receive the majority of votes will be elected as main and substitute members of the HSYK.

Government officials highlighted the significance of the elections ahead of the elections and also expressed concern over the results, given their belief that if the body is in the hands of the wrong judges and prosecutors, it can create major troubles in the country.

On Dec. 17, 2013, the Financial Crimes and Battle Against Criminal Incomes department of the Istanbul Security Directory detained 47 people, including government officials as well as prominent businessmen as part of an investigation led by a prosecutor allegedly affiliated with the Gülen Movement. Permission to conduct the investigation into government officials to the prosecutor in question was issued by an allegedly Gülenist prosecutor, Zekeriya Öz, with an enactment of the HSYK. Öz was later accused of being partial while carrying out his duty, and the HSYK launched an investigation into Öz for losing his objectivity.

Gülenists allegedly infiltrated the police and judiciary with an aim to topple the government, and the government hopes to clear these institutions of what they call "traitors" in the upcoming HSYK elections.

"Never let this or that group dominate the judiciary and make sure it earns public trust," said Davutoğlu, addressing judicial members.

"The system of law should have a solid base. Trusting the judiciary is fundamental in a state. The HSYK is not a place to gain power. It is a sphere of conscience. It begins to lose conscience when it aims for authority over other fields as well." Davutoğlu said. President Recep Tayyip Erdoğan, touching on the illegal wiretapping of key governmental bodies by Gülen-affiliated perpetrators, stated in June that the judiciary still had Gülen-affiliated judges and prosecutors in the body.