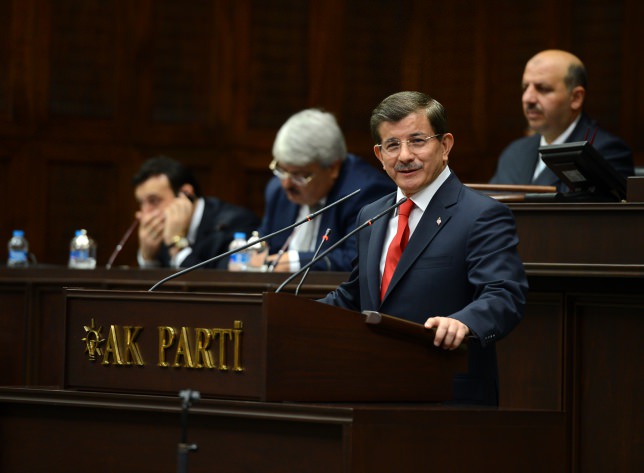 "Turkey will strengthen its security without putting limitations on freedoms and those who vandalized our cities will be brought to justice" Davutoğlu stated that the government aimed to reform its domestic security measures to minimize loss of life and property in the future following protests between pro and anti-PKK Kurds which left 34 people dead. Davutoğlu added that the reconciliation process is not an alternative to public order and the government will not sacrifice the safety of its people in any situation.

Addressing those who exploit sentiment pertaining to refugees coming to Turkey from the Syrian town of Kobani which is under ISIS siege, Davutoğlu stated that Turkey provides a safe haven for hundreds of thousands of refugees. "We accepted 200,000 refugees from Kobani" said Davutoğlu, criticizing some foreign states who did not accept half of the refugees that Turkey had admitted. On a similar note, Davutoğlu stated that Turkey is strictly against ISIS and the Assad regime in Syria while challenging the main opposition and pro-Kurdish People's Democratic Party (HDP) to utter similar sentiments.