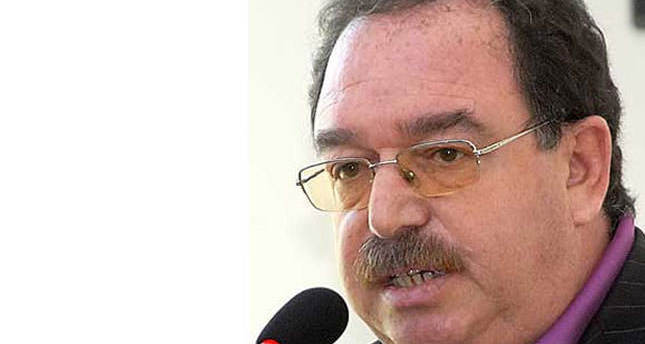 by Daily Sabah Oct 15, 2014 12:00 am
A former member of the Turkish Parliament and co-chairman of the Democratic Society Congress (DTK) – an umbrella organisation for Kurdish nongovernmental organizations – drew attention to the influence of Gülenist organizations in the southeastern region of Turkey, and said that he has doubts about the real killer of two police officers in the southeastern province of Bingöl last Thursday.

Regarding last week's Kobani protests where clashes between supporters of the outlawed PKK and a group reportedly belonging to the Islamist Kurdish political party, the Free Cause Party (HÜDA Par), left 34 people dead, Hatip Dicle also pointed to the Gülenists. "In 1993, we visited the Batman Police Department and we were told that there are ballistic reports that show PKK sympathizers and Hezbollah sympathizers were shot with the same gun within the same day. I want to remind the HÜDA Par that such provocations might happen today, and I also reminded them of the influence of Gülenist organizations," Dicle said during a TV interview on Monday evening.

Dicle also added that he had listened to the voice recording of Fethullah Gülen giving instructions to his followers to infiltrate Kurdish organizations in southeastern provinces. "In that voice recording, Gülen instructs his followers to infiltrate Kurdish organizations and tells them to discredit those who support the reconciliation process. I personally listened to it, and these kind of infiltrations may happen today," he added.

The movement in question, led by controversial U.S.-based imam Fethullah Gülen, has over 140 private schools and charity organizations around the world including in the U.S., Europe, Asia and Africa. It has been accused of infiltrating state institutions to gain control of state mechanisms, illegal wiretapping, forgery of official documents and spying. During the recent NATO summit, Erdoğan requested from U.S. President Barak Obama that Gülen be extradited to Turkey.