PM: Turkey won’t enter into an ‘adventure’ in Syria 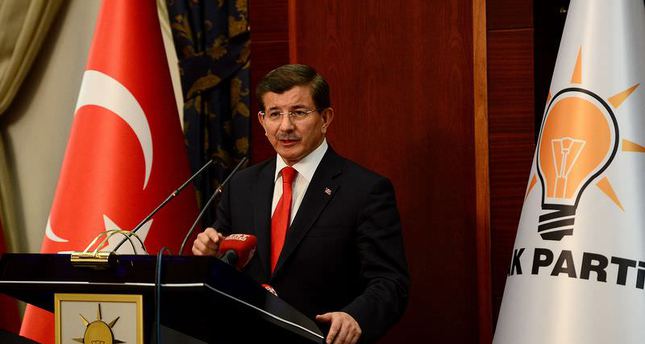 by Daily Sabah Oct 15, 2014 12:00 am
Echoing his demands that a no-fly zone and safe zone are a must for Turkey to join a military campaign against the Islamic State of Iraq and al-Sham (ISIS), which controls large tracts of land in the region, Prime Minister Ahmet Davutoğlu said that Turkey will not enter into an "adventure" in Syria unless the international community does what is necessary. Davutoğlu called on the anti-ISIS coalition to develop a comprehensive action plan against ISIS at the AK Party group meeting held on Oct. 14. As Davutoğlu once again clarified Turkey's demands to include military action in Syria, negotiations on establishing a no-fly zone, safe zone and using Turkish bases against ISIS continues between the U.S. and Turkey. Underscoring that the Bashar Assad regime must be ousted to ensure permanent peace and stability in the region, Davutoğlu said that Turkey does not support one-dimensional action plans and called for broader policies in the region.