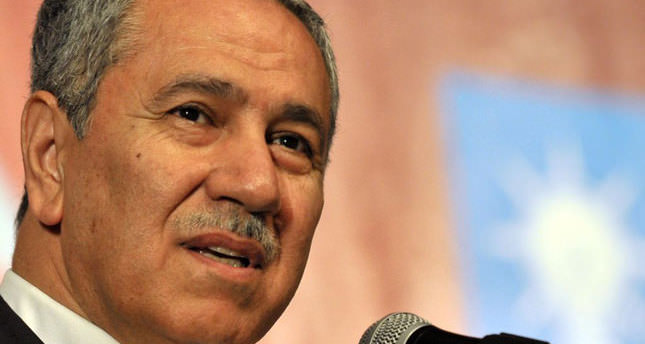 by Daily Sabah with AA Oct 15, 2014 12:00 am
The Turkish government needs to bring in a new comprehensive law to reform domestic security so it can handle massive acts of violence instantly and more effectively, Turkish Deputy Prime Minister Bülent Arınç recently said, following a week of deadly protests in the country.

He told a press conference following a Council of Ministers' meeting: "We have to come up with ... a comprehensive domestic security reform in Turkey as the sole amendments to existing laws and additional authorities for security forces won't be enough."

During the protests, which spiraled into acts of aggression that claimed at least 34 lives, the protesters used the pretext that the Turkish government had allegedly done nothing to halt the relentless advance of the militants in the border town, which has become a scene of fierce street battles between Kurdish groups and ISIS militants. Arınç said the cabinet meeting examined reports presented by ministers of the interior and justice on the challenges encountered by the security forces while intervening in last week's incidents.

"We determined that efforts will be made toward strengthening the hands of the security forces in the case of social acts turning into violence," he added.

Arınç noted that the new security law must enhance the organization and coordination capacities of all related security units so that such large-scale incidents could be quelled right away.

He disclosed that 20 of Turkey's provinces witnessed incidents bordering on violence with a total number of 1,419 incidents. "Five terrorists were captured dead and three others were taken wounded. At least 1,954 were taken into custody, including eight foreign nationals. "Our ministries will cover the cost of the damages which will be given to the public and private property owners. We hope there will be no complaints left after the incident following compensation. Investigations into the suspects causing the damage will soon be conducted and will stand trial for being involved in such crimes," Arınç further stated.