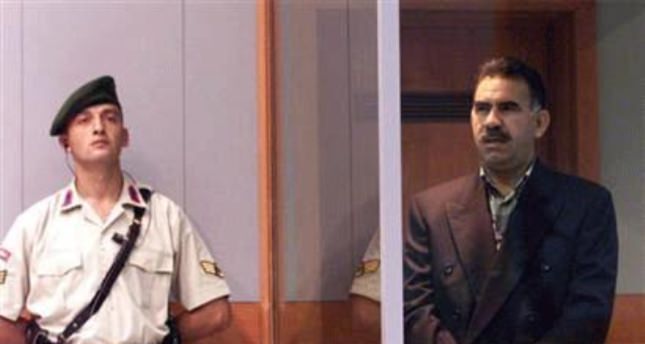 by Daily Sabah Oct 18, 2014 12:00 am
Ruling Justice and Development Party (AK Party) spokesman Beşir Atalay on Thursday dismissed allegations that PKK leader Abdullah Öcalan will be moved to another prison.

Some Turkish media outlets claimed that Öcalan, who is serving a life sentence on İmralı Island, would be moved to a different prison in the capital Ankara or the northwestern city of Bursa.

Rejecting those allegations, Atalay said it is out of the question and added that there will be some developments in the reconciliation process that started between Ankara and Kurds in the upcoming days.

As the government works on a road map to facilitate the reconciliation process, Atalay said that there will be talks between the Committee of Wise Men, which was set up for the process and certain circles in the upcoming days but he did not touch on other elements of the road map.

The pro-Kurdish People's Democratic Party (HDP) also commented on the rumors. HDP Deputy Ertuğrul Kürkçe, at a press conference in Parliament, said, "We do not have such a demand, Öcalan does not have such a demand," and added that there is a request for some arrangements to improve Öcalan's working conditions to ease his access to outside and nongovernmental organization representatives.