Do not associate Islam with terror, says Davutoğlu 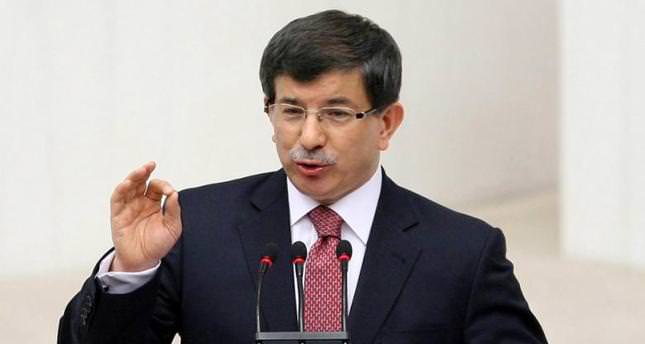 by Daily Sabah Oct 18, 2014 12:00 am
PrIme Minister Davutoğlu, speaking at the Directorate of Religious Affairs on Friday, said a religion of tolerance, Islam should not be associated with violence, calling on religious officials to emphasize the close ties between peace and Islam at a time when extremists are manipulating its message.

Speaking at the Directorate of Religious Affairs, Prime Minister Ahmet Davutoğlu said that Islam should not be associated with terrorism.

Urging religious representatives to be sensitive on their duty, he said that Islam is a religion that emphasizes peace and religious officials should perform their duties taking into account the close tie between Islam and peace.

"It is our duty to protect and promote Islam as a religion of peace," Davutoğlu said in reference to Islamophobic hate speech due to extremist terrorist organizations, including the Islamic State of Iraq and al-Sham (ISIS) in the region.

Davutoğlu added that Turkey is against all sectarianism, thus whoever supports sectarianism also supports terrorism.