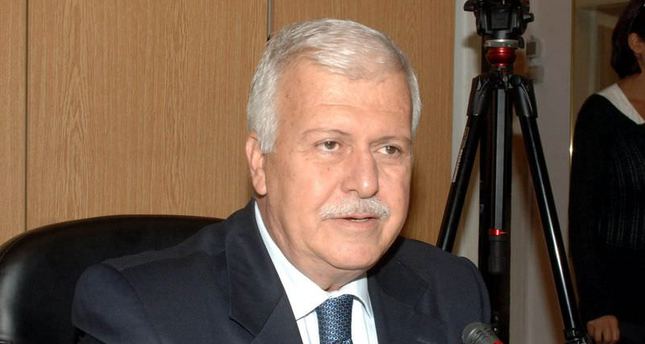 A well-known former figure of the Gülen Movement, columnist Hüseyin Gülerce, describes Gülenist prosecutors’ attempts to detain Turkish intel chief as a declaration of a war [against the government]

A well-known former figure of the Gülen Movement, columnist Hüseyin Gülerce, continues to make striking comments about the movement, of which he was a member for over 25 years. Gülerce, whose critical comments regarding the Gülen Movement in the past several months led him to resign from the Gülenist newspaper Zaman, for which he worked decades as a columnist. In a message he shared on his Twitter account on Thursday, Gülerce commented on the Feb. 7 operation, in which Gülenist prosecutors attempted to detain the National Intelligence Organization (MİT) head Hakan Fidan after accusing him of collaborating with the PKK. Gülerce said, "Feb. 7 was the declaration of a war."

Gülerce later said that the Dec. 25 operation, in which Gülenist police and members of judiciary allegedly tried to topple the government, was "an all-out attack," and added that he tried to stop Gülenists from conducting the operation.

Gülerce has also recently stressed that the public does not believe the claims of bribery and corruption and said "no one can convince him, though."

"[The Dec. 17 and Dec. 25 operations] were never bribery and corruption investigations for me. It was the third step after the Feb. 7 MİT crisis and Gezi Park protests. I have a clear conscience about that," Gülerce said, and underlined the timing of the probes. "The AK Party [Justice and Development Party] has been in power for 12 years. In the first decade, there was no bribery, corruption or unearned income case, but then these honest prosecutors and police noticed that ministers and their sons were doing such things. They even went further attempting to arrest the prime minister's son. Nobody can say this is a corruption case."

About the rumors that claim that then prime minister and current President Recep Tayyip Erdoğan will be an authoritarian leader, he pointed out that Erdoğan was elected president by the people in Turkey's first direct presidential election. "He may use warrants if they have been given in the Constitution as a strong president, and it is not true to reflect this situation as becoming authoritarian," he said. Gülerce also harshly criticized the people who disregard the AK Party's success in the election, and who despise AK Party voters. "They are also those who support the tutelage system," he said.

"I'm leaving Zaman. That's because I have nothing to write at Zaman," Gülerce said when he announced his resignation in August. He added that he has passed on his resignation decision to the daily's editor-in-chief via a text message. Following the Dec. 17 and Dec. 25 operations, dozens of journalists left Gülen Movement-owned media outlets. Those who resigned include Turkish-Armenian columnist and writer who is known for his strong democratic stance against developments in Turkey, Etyen Mahçupyan, and another Turkish-Armenian journalist and intellectual, Markar Esayan.

As Turkey prepares to hold a National Security Council (MGK) meeting at the end of October, insiders have said that the Gülen Movement will officially be announced as a national security threat for the country in the Red Book. According to reports, the Gülen Movement, led by Fethullah Gülen who lives in self-imposed exile in rural Pennsylvania, will not be referred to as the "parallel structure." Instead, it will be officially defined along the lines of "civilian elements attempting to take over the state by unlawfully organizing within state institutions" in the Red Book, a legal document that contains the country's security policies and is updated on a five-year basis.

The Gülen Movement is a transnational movement accused of wiretapping thousands of people including Turkish government officials and encrypted phones and infiltrating state institutions with the aim to overthrow the government. It has over 140 private schools throughout the world including the U.S., Europe, Asia, and Africa and has faced scrutiny in countries including Russia, Azerbaijan, Germany and the U.S.