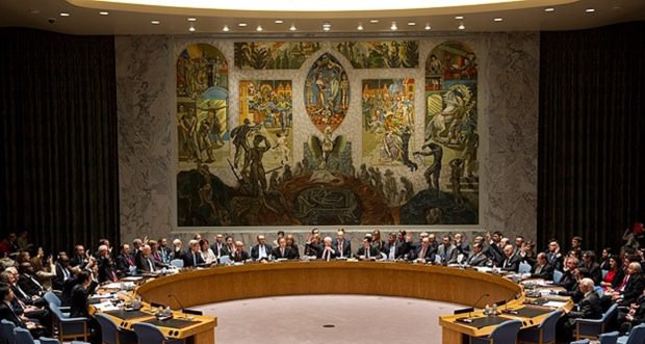 by Daily Sabah Oct 18, 2014 12:00 am
Turkey will continue contributing efforts to maintain global peace and security, the country's Foreign Ministry said after losing its bid to secure a seat on the U.N. Security Council. Turkey lost its campaign for the much-coveted non-permanent seat on the council in a runoff against Spain after both countries failed to garner the required number of votes in the first two rounds Thursday. "Our country will continue efforts that will boost (the council's) activity, transparency and accountability regarding the issues occupying the world agenda," the Turkish Foreign Ministry said Friday. The ministry also said that Turkey would assume the presidency of the G20 economic forum on Dec. 1.

Turkey was vying for one of two seats allocated to the "Western European and Others Group" from which New Zealand won a place in the first round.

Angola, Malaysia and Venezuela were virtually assured to win seats, as their candidacies had been put forward by their region and they ran unopposed on their slates. Venezuela won a resounding total of 181 votes, despite criticism from rights groups and the United States over its support for Iran, Syria and other hardline regimes at loggerheads with the West.