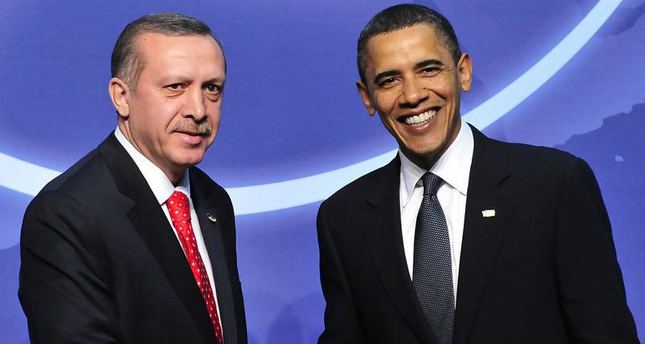 Turkish President Recep Tayyyip Erdoğan held a phone conversation with his American counterpart Barack Obama on Sunday, during which they talked about cooperation on Kobani, ISIS, and Syria issues, according to a statement released by the Turkish Presidency.

The two leaders talked about the humanitarian aid Turkey provided to over 1.5 million Syrian refugees -180 thousand of whom are from the Kurdish town of Kobani- hosted in the country, according to the statement.

The statement read, "President Erdoğan and US President Obama have agreed to continue their close cooperation in the fight against ISIS."

The two leaders have also emphasized the importance of close cooperation in strengthening peace and stability in Afghanistan, the statement continued.