Turkey against US sending arms to Kurdish militants 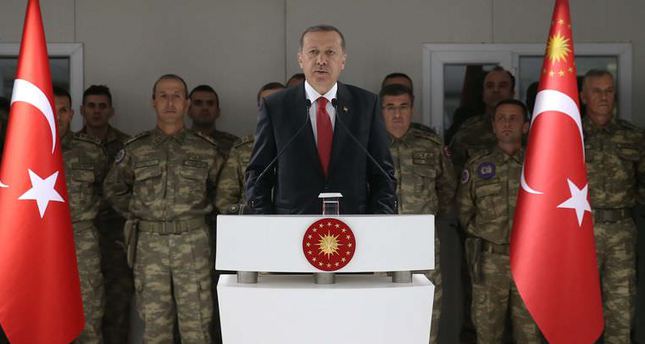 by Associated Press Oct 19, 2014 12:00 am
Turkish President Recep Tayyip Erdoğan says his country would not agree to any U.S. arms transfers to Kurds battling ISIS militants in Syria.

Turkey views the Kurdish militants as an extension of the PKK, which has waged a 30-year insurgency in Turkey and is designated as a terrorist group by Turkey, the European Union and the United States.

The state-run Anadolu news agency on Sunday quoted Erdoğan as saying the fighters are "equal to the PKK" and that Turkey "would not say 'yes' to such a thing."

Turkey's opposition to arms transfers could hamper the U.S.-led coalitions' efforts to fight ISIS militants and further complicate relations between Turkey and the United States.

The United States has said it has engaged in intelligence sharing with Kurdish fighters and officials have not ruled out future arms transfers to the Kurdish militants.