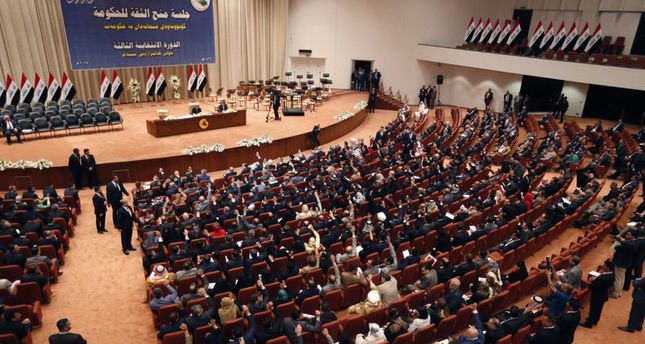 by AA Oct 20, 2014 12:00 am
Turkey has hailed the Iraqi government and its parliament for finalizing names of its cabinet members.

It called the move "an important step of an inclusive political beginning" that is essential for solving Iraq's crises.

The Iraqi parliament had approved Saturday the nominees for important cabinet posts, including the interior and defense ministers.

"We welcome the approval of cabinet post nominees by the Iraqi parliament, including the interior and defense ministers, and the fact that a number of key Kurdish ministers were sworn in," the Turkish Foreign Ministry said in a statement issued Sunday.

Referring to the self proclaimed Islamic State of Iraq and Sham (ISIS) attacks in Iraq, the ministry said "these appointments will help the new Iraqi government to overcome the terror threat posed by the ISIS attacks, and take the necessary steps to remedy the conditions that gave rise to this threat, and supported it."

The Iraqi parliament had confirmed Khaled al-Obeidi, a Sunni from the northern Iraqi city of Mosul, as Iraq's defense minister with 175 votes, while Mohamed Salem al-Ghabban, a Shia from the Badr Organization, was appointed as the interior minister with 197 votes.

In an effort to form an all-embracing government aimed at reducing ethnic and sectarian divisions in Iraq, the new Iraqi Prime Minister Haider al-Abadi had formed a new government early in September which unseated Nouri al-Maliki, who had been widely criticized for favoring Shiite-centric policies.

The new cabinet was formed after a month of political disputes.