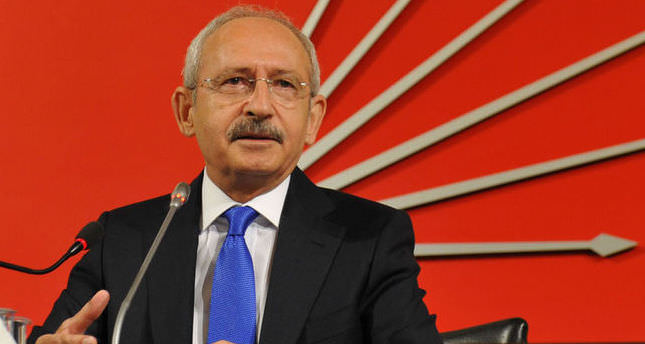 by Daily Sabah Oct 21, 2014 12:00 am
The main opposition party leader Kemal Kılıçdaroğlu has said they [the party members] never supported vandalism and would hand the offenders to justice if they were the ruling party.

Speaking at the parliamentary group meeting, Kılıçdaroğlu roused criticism over the government's so called incapability of tackling the crisis which has been shaking the country since the deadly pro-Kobani protests claiming at least 39 lives and said they never supported those who were involved in aggression and violence [during the protests], but unlike the ruling party which Kılıçdaroğlu said failed to catch the offenders they would accomplish handing the vandals over to the justice system.