Turkish FM: Peshmerga have not yet entered Kobani through Turkey 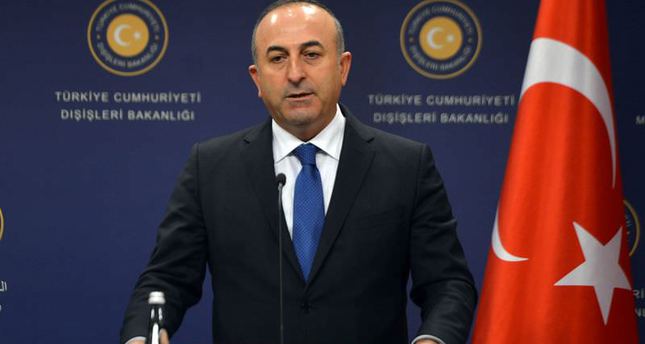 by Daily Sabah with AA Oct 21, 2014 12:00 am
The peshmerga Kurdish forces have not yet entered the Syrian town of Kobani through the Turkish border to fight ISIS militants, Turkish Foreign Minister Mevlüt Çavuşoğlu said on Tuesday during a live interview.

He said, "The talks about the issue are still ongoing."

The Kurdish majority border town of Kobani, which is under the control of the People's Protection Units -- the armed wing of the Democratic Union Party (PYD) -- has been the scene of fierce battles between Kurdish groups and ISIS since mid-September.

Turkey considers the Democratic Union Party to be an offshoot of the Kurdistan Workers' Party, or PKK, which is considered as a terrorist organization by U.S. and the EU, and Turkey.

Turkey deems PYD as an extension of PKK however supports peshmerga in the region as it is officially recognized by Iraq's constitution, Çavuşoğlu said.

"US assured that its support to PYD is limited," Çavuşoğlu stated.

He further said that Turkey has dedicated 10 million euros to only Kobani, but it cannot carry this weight all the time.