US hails Turkish move to allow Iraqi Kurds into Syria 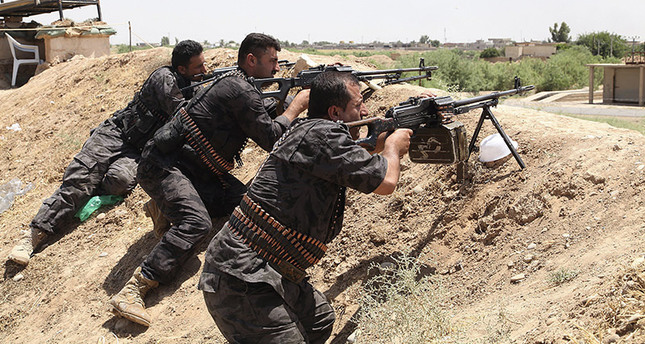 The United States on Monday praised a policy reversal by Turkey which agreed to allow Iraqi Kurdish fighters to cross the border to help defend a besieged Syrian town.

"We welcome those statements from the foreign ministry," State Department deputy spokeswoman Marie Harf told reporters, after Ankara said it was now helping Iraqi peshmerga fighters to reach the Syrian Kurdish town of Kobane under attack from militants.

An influx of well-trained peshmerga fighters into Kobane could be a major boost for the Syrian Kurds, who are now being supported by US-led air strikes and air drops after a month-long battle against the ISIS group.

She added talks were continuing with Turkey about further ways in which the Turks could help the US-led coalition fighting the militants, who have grabbed a large area of territory in Iraq and Syria.

"I would disagree with the notion that there's some split between us on how to fight this threat. Overarching goals here are exactly the same. We have constant conversations about tactics and strategy and how we should go about that."

It had become clear that, after a month under bombardment, "the forces on the ground were running low on supplies necessary to continue this fight, that's why we decided now to authorize this," Harf said of the US air drops.

"And our support will continue to help them repel ISIS. That said, there's still a possibility that Kobane will fall," she warned.

US Secretary of State John Kerry warned on Monday during a visit to Indonesia that it would have been "irresponsible as well as morally very difficult" to turn the world's back on Kobane.