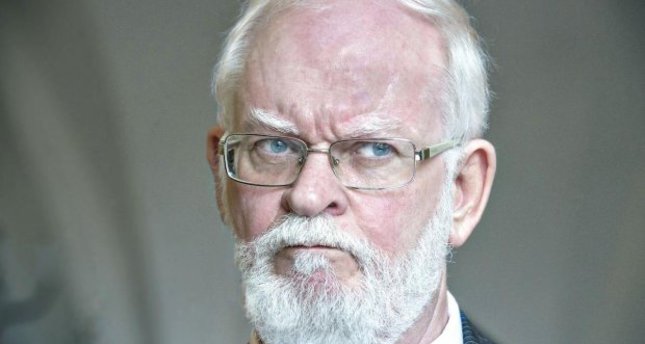 by Oct 22, 2014 12:00 am
A man wanted by Denmark for the attempted murder of a prominent critic of Islam has been set free by Turkey, Ankara said on Wednesday, spurning the pleas of Danish officials who wanted him extradited.

Basil Hassan is accused of shooting at Lars Hedegaard, a former newspaper columnist who holds outspoken views on Islam, in February 2013. Police said Hassan left Denmark on the same day and had lived in Syria before being arrested in Turkey.

However, there has been speculation amongst some lawmakers, including a former foreign minister, and the Danish media that the man was part of a hostage swap for 46 Turks that had been held in Syria by ISIS militants.

This has angered politicians at a time when Denmark has joined a loose alliance of countries fighting ISIS militants and, despite Turkey not having commented on any hostage swap, news of him being released will further strain relations between the NATO allies.

In a brief statement issued on Wednesday, the Turkish Foreign Ministry said the 27-year-old had been set free after appealing an extradition process. It did not say on what grounds his appeal was successful nor when he was released.

It did not address question of whether the man had been swapped for hostages aside to say that it had no official record of him leaving the country.

Denmark sent a government delegation to Ankara last week, complaining that Turkey had ignored their requests for information. Prime Minister Helle Thorning-Schmidt said then the Turkish silence on the man's whereabouts was "unacceptable".

Danish officials were not immediately available for comment on Wednesday, but Justice Minister Mette Frederiksen was cited by news website Berlingske as saying she had expected Turkey to have given more answers, such as why the man was released.

She said Denmark would continue to press for information.

Denmark fell under the spotlight almost a decade ago after a newspaper published a series cartoons of the Prophet Mohammad that were deemed highly offensive to Islam and led to violent protests around the world.

That made Denmark a larger target for ISIS militants while ostracising some Muslims in the country. The Danish intelligence service believes over 100 Muslim Danes have travelled to Syria to fight with Islamic State.

Hassan, a Danish citizen with Lebanese roots, has not been named by Danish authorities and had been referred to only as "BH". The Turkish Foreign Ministry, however, named the man.