US airdrop of weapons to Kurds in Syria turned out to be wrong, Erdoğan claims 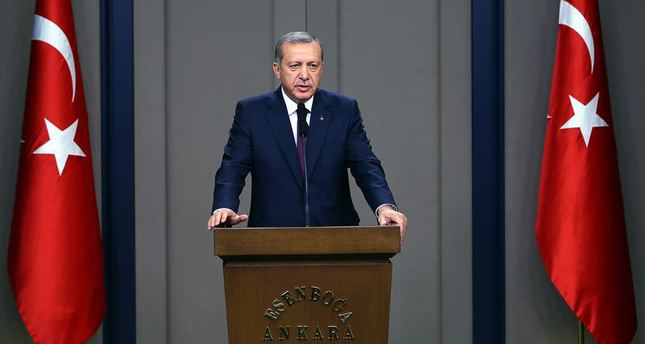 by Daily Sabah Oct 22, 2014 12:00 am
President Recep Tayyip Erdoğan prior to his takeoff for Latvia has expressed that he has previously presented a proposal to Obama for peshmerga forces to pass through Turkey and underlined the fact that US arms aid to PKK and PYD was unacceptable as Turkey considers both to be terrorist organizations and ISIS has mistakenly seized some of the weapons.

Questioning why Kobani is of such strategic importance for the US, President Erdoğan stated that there are no civilians left in the city as 200,000 civilians took refuge in Turkey.

"I have told US President Barack Obama that Turkey would accept to cooperate with peshmerga forces and the Free Syrian Army" said President Erdoğan, who expressed that some of the weapons airdropped by US forces to Kurdish fighters in Kobani accidentally fell in ISIS controlled areas, which was exposed by a video captured by ISIS militants. He stated that this incident has revealed that the airdrop of weapons by the US was wrong as a part of them were seized by the ISIS.