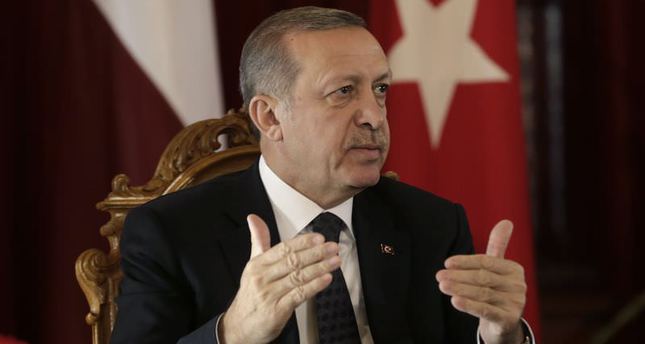 by Daily Sabah Oct 23, 2014 12:00 am
President Recep Tayyip Erdoğan in a televised press statement has made compelling remarks about the situation in the Middle East stating that the West majorly fails to fulfill its humanitarian obligations by focusing on irrelevant issues.

"A close examination of Iraq's resources shows that a significant portion of Iraqi oil is controlled by Western powers" said Erdoğan, who expressed the West only focuses on what they consider to be important while failing to respond to humanitarian crises in the region.

"The world which has remained silent during the extermination of 300,000 people seems to rise now with the crisis in Kobani" said Erdoğan, who asked where the international community was when cities throughout Syria were plundered and people were ruthlessly exterminated. "Where were they when the PKK killed over 40,000 people in Turkey" Erdoğan asked. He expressed that 1600 people have been killed by chemical weapons in Syria while 120,000 have been killed by conventional weapons and claimed it is unreasonable to keep emphasizing chemical weapons and ignore the use of conventional weapons which have had a serious impact on casualties in Syria.

President Erdoğan also questioned the neutrality of the UN Security Council as he expressed the Permanent Five's veto power disadvantages other states. He elaborated on this by explaining that the UNSC culturally and religiously does not represent the world as there are no Muslim representatives in the P5.