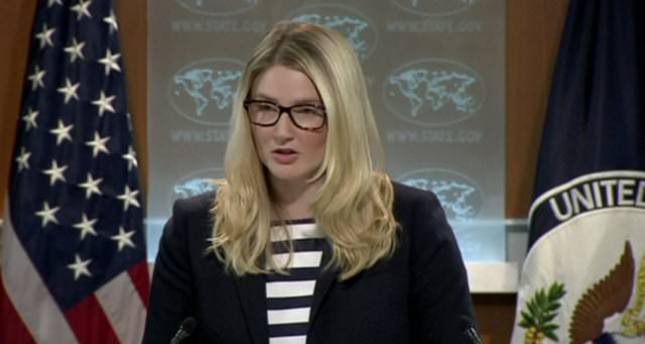 by Mehmet Solmaz Oct 23, 2014 12:00 am
Marie Harf, the deputy spokesperson for the U.S. Department of State and a former spokeswoman for the CIA, is the person to whom journalists raise the most crucial questions regarding the U.S.'s position or views on international issues.

For international eyes, any word that Harf uses is the official view of the U.S. on any matter and thus, at times she is accused of not being clear in her answers, which analysts say is because of the critical position that she holds.

Up until very recently Harf opted to use her Twitter account for sharing her diplomatic work and stayed away from sharing personal views, but when she openly picked on Fox News host Bill O'Reilly on her Twitter account, she received mixed reactions from fellow Americans.

However, for Turks, she is rather a media icon or a celebrity figure who very frequently gives her opinions on most of the developments in Turkey. Thanks to some Turkish journalists in Washington, Harf gets the opportunity to provide her views on the questions that are asked in a certain angle that puts the two NATO allies at odds most of the time.

Her continuous comments on Turkey led her to achieve popularity among Turkish Twitter users. A good portion of her 22,200 Twitter followers are Turks, many of whom put her diplomatic position aside and ask her random questions. "Could we have a coffee together," one asked, while another user said, "Marie is like a member of our family now." One follower said Harf is more of a "show-off person" than Polat Alemdar, a character in a popular Turkish TV series in which Alemdar is a cool agent attempting to infiltrate the Turkish mafia. She even received a tweet that said, "hey Marie, any photo without glasses??"

Holding a position under worldwide scrutiny, Harf is not only asked irrelevant questions, she also receives reactions to the statements she makes. "Stop giving weapons to ISIS [Islamic State of Iraq and al-Sham] and PKK terrorists.. we do not buy your lies!" a Turkish user tweeted after President Recep Tayyip Erdoğan told the press that he warned the U.S. over airdrops, saying that they could fall into the wrong hands.

After commenting on many issues related to Turkey, Turks are now wondering whether Harf is going to start responding to Twitter users' comments and questions or whether she is going to hold a separate session for questions on Turkey at the U.S. State Department's press conferences. 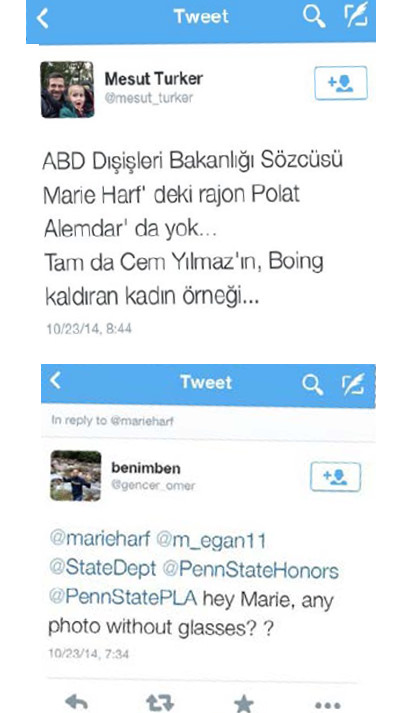