Reconciliation process can reach the desired point if all sides cooperate, Davutoğlu says 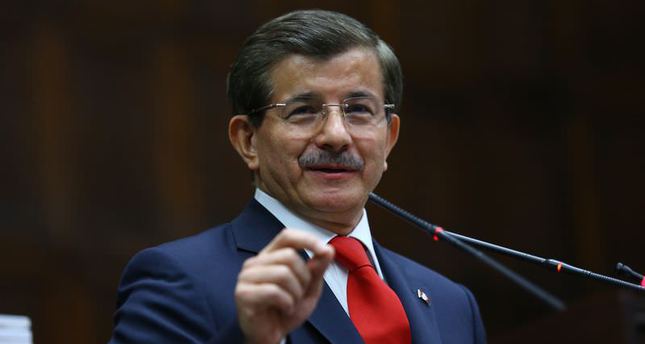 by Daily Sabah Oct 23, 2014 12:00 am
Prime Minister Ahmet Davutoğlu in a recent interview with Arabic media outlets has expressed that the reconciliation process will reach the desired point in a few months if all sides fulfill their responsibilities and obligations.

Evaluating the current situation of the process, Davutoğlu underlined that a resolution cannot be reached unilaterally and called on the Kurdish side to "take concrete steps." He continued by highlighting that it is crucial to reach a mutual understanding on protecting public order and development.
Also touching upon the situation in Iraq and Syria, Davutoğlu stated that most of the conflict in the region is ethnic and sectarian. "As Turkey, we do not desire our neighbors Iraq and Syria to be divided" said Davutoğlu, who noted Turkey especially values the territorial integrity of both countries.

"The Turkish government never saw our Syrian brothers and sisters as a burden" said Davutoğlu, who stated that Turkey sees them as guests and called on everyone to cooperate on building permanent peace in the region. "Let us all come together and reshape the region without allowing anyone to support oppressors or create racial and sectarian conflict in the region" Davutoğlu said.