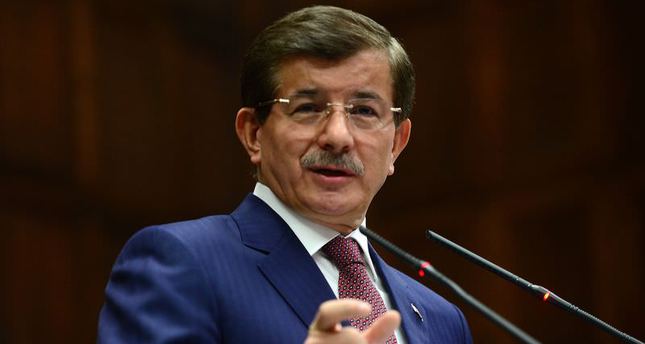 If all sides fulfill their promises, the reconciliation process initiated to end the three-decade-long PKK violence will be complete within a few months, said PM Davutoğlu

After claiming thousands of lives, the three-decade-long conflict between the PKK and the Turkish state, is about to come to end according to political actors who signalled that the reconciliation process between Ankara and Kurds would yield results in the coming months. Prime Minister Ahmet Davutoğlu in a recent interview with Arabic media outlets said that the reconciliation process, which started between Ankara and Kurds will reach the desired point in a few months if all sides fulfill their responsibilities and obligations. Evaluating the current situation of the process, Davutoğlu underscored that it is not possible to reach a resolution unilaterally and called on the Kurdish side to "take concrete steps."

He continued by underscoring how crucial it is to reach a mutual understanding on protecting public order and development.

The reconciliation process began in early 2012 to end the decades-long PKK conflict and address the problems of Turkey's Kurdish community. The government pledged democratic reforms to empower minorities, particularly Kurds, which is by far the largest minority group in the country at 18 percent of the population. The PKK took up arm against Turkey to create an independent state in the southeast in 1980s.

Speaking about the reconciliation process, Deputy Prime Minister Yalçın Akdoğan in a televised interview on NTV Wednesday night said that PKK leader Abdullah Öcalan, who is serving his life sentence on İmralı Island, fanned the flames of the latest Kobani demonstrations that morphed into violent attacks and claimed dozens of lives across the country.

"I believe that PKK leader Öcalan played a role," Akdoğan said in response to a question on the Oct. 6-7 unrest when groups accused the government of not helping the besieged northern town of Kobani in the fight against ISIS. Pro and anti-PKK groups clashed following the People's Democratic Party's (HDP) call for street protests.

Referring to the message delivered by the PKK leader's brother, Mehmet Öcalan, on Oct.6, Akdoğan continued by saying the message escalated the tension across the country.

Mehmet Öcalan cited the PKK leader as saying, "Wait until Oct.15 for a resolution. After this date, there will be nothing to do."

Akdoğan said that the government showed a determined and sincere stance ahead of the Oct.6-7 demonstrations and always stood behind its words, but that this stance was sabotaged by some in the protests.

Describing the PKK's headquarters in the Qandil Mountains in Iraq and the HDP as key players in Öcalan's stance toward the process, Akdoğan asserted that what outlines Öcalan's position is either Qandil or the HDP.

HDP Deputy Sırrı Süreyya Önder yesterday announced that a five-member secretariat will be established soon for Öcalan to expedite talks over the reconciliation process.

"The secretariat will hold meetings with state officials and politicians. It will also be part of the negotiations [for the reconciliation process]," Önder said.

Speaking in an interview on CNN Türk, Önder said that five or six months could be enough to finalize the entire process including the laying down of arms.

Having demanded a secretariat for a long time, Öcalan occupied the political agenda in the past weeks requesting his prison be changed, but governmental officials strongly denied the allegations. Deputy Prime Minister Bülent Arınç, speaking to A Haber on Oct. 23, also echoed the Ankara's statements that there will be no change in Öcalan's prison location.

When asked about Öcalan's condition in the prison recently, a HDP deputy said, "His condition is yet to change. [The HDP committee and Öcalan] have held more than 20 talks in the same place. The place he stays is almost 15 square meters."

The statements coming from the government and HDP raised hopes for the reconciliation process despite the latest Kobani protests. A poll conducted right after the protests showed that support for the reconciliation process was 55.4 percent while 37.3 of those surveyed showed no support for it. Of those survey respondents 7.4 percent refrained from answering. A total of 50.1 percent of Turkish citizens said they supported the process, the percentage increased to 81.2 among Kurdish citizens.

Commenting on the statements made by political actors on the reconciliation, Orhan Miroğlu, a prominent figure in Kurdish politics who served as deputy chairman of the Kurdish Democratic Society Party (DTP), said that although the statements coming from the political circles said that the conflict is about to come to an end, the HDP is not a decision-maker in the process, the PKK headquarters and Öcalan are.

"I wanted to be optimistic, but to see the process yielding is not possible as long as Öcalan and Qandil do not say 'yes' to the road map [designated by the government to facilitate the process]," Miroğlu said, adding that the PKK will possibly not lay its arms down before seeing the results of the 2015 national elections.

Miroğlu asserted that the PKK may use delaying tactics by using harsh winter weather, which was a significant determinant in the PKK's attacks due to its deployment in the Qandil Mountains to postpone the process.

"Yes, the Kurdish question in Turkey is about the PKK, but mostly it is about Kurdish citizens waiting to see their expectations being met," he added, emphasizing out that the process is mostly based on the Kurdish community.