President Erdoğan calls for comprehensive reforms to the UN 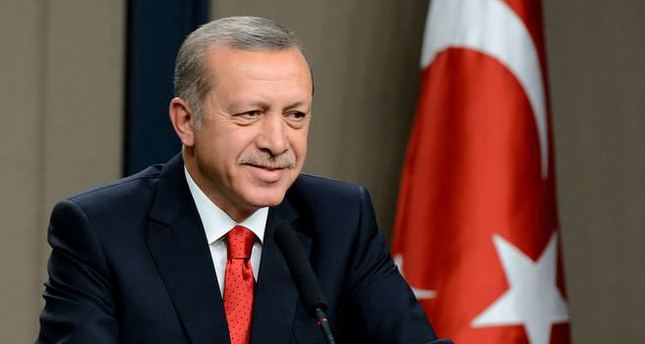 by Daily Sabah Oct 25, 2014 12:00 am
President Recep Tayyip Erdoğan on October 24 has issued a statement for the occasion of United Nations Day and the 69th anniversary of the organization and has expressed that a series of comprehensive reforms are necessary for the UN to adapt to changes.

"The changes which have taken place since the establishment of the UN require comprehensive structural reforms," said President Erdoğan, who expressed that it is necessary for respective bodies of the UN to adapt to the international changes in order to find contemporary global solutions to current issues including the protection of international peace and security, migration issues, climate change, human rights issues, science and technology, development and others. Erdoğan noted that the UN continues to be the sole global organization which has the sole global legitimacy to establish norms pertaining these issues.

The statement expressed that Turkey will continue to be an active supporter of the UN and play an important role in peacebuilding, development, alliance of civilizations and act as a mediator, while noting that Turkey plans to actively participate in establishing an agenda regarding post 2015 period.

The statements came after a series of criticisms which took place earlier this week when Erdoğan reiterated on the notion that the world is 'bigger than five,' implying that the permanent five members of the UN Security Council have excessive power as one member can unilaterally veto resolutions passed by the General Assembly which consists of 193 states.

"On the other hand, diplomacy based on humanitarian concerns continues to be an important priority of Turkish foreign policy" read the statement, touching upon the notion that Turkey has become the world's third largest donor state in terms of providing humanitarian assistance and has become a member of the Office for the Coordination of Humanitarian Affairs (OCHA) due to its contributions.

Additionally, it has been noted that Turkey will host the first ever World Humanitarian Summit in 2016 while the regional headquarters of the UN Development Program and UN WOMEN have been moved to Istanbul with the vision to make the city a center for UN affairs.

The president ended his statement by sincerely congratulating the UN Day and hoping that the efforts of the UN will bring peace to the world.

The United Nations Day has originally been devoted to raise awareness amongst people about the goals and achievements of the organization and is part of the United Nations Week which runs from October 20 to 26.