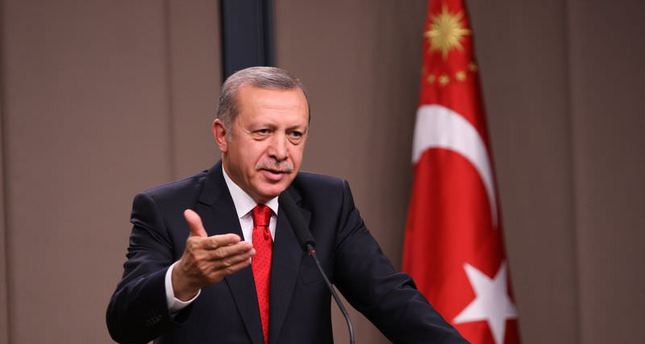 by Daily Sabah with AA Oct 26, 2014 12:00 am
President Recep Tayyip Erdoğan Saturday night selected four members to sit on the top judicial body, the Supreme Board of Judges and Prosecutor (HSYK). A total of 13,994 judges and prosecutors went to the ballot boxes on Oct. 12 to elect members to the board, steering clear of Gülen Movement-affiliated members.

The 22-member assembly is chaired by Justice Minister Bekir Bozdağ, with the assembly's final member being the Justice Ministry's undersecretary.

The HSYK election results came as a blow to the Gülen Movement, which allegedly infiltrated key government bodies, including the judiciary.

The HSYK, which is responsible for the appointment, promotion and removal of personnel within the judiciary, was reshaped following the constitutional referendum of Sept. 12, 2010. The government, which aimed for a more participatory and democratic approach with the amendment, in time, witnessed Gülenists taking control of the judiciary and exploiting this power to carry out anti-government operations.


Gülenists, by concealing their close stance to the movement, allegedly infiltrated the judiciary in the 2010 elections and their intentions became apparent over the past year as prosecutors and judges began acting unconstitutionally while giving orders and delivering judgments. The alleged infiltration by the movement was uncovered for the first time in the Feb. 7 operation when Istanbul's specially authorized prosecutors, Sadrettin Sarıkaya and Bilal Bayraktar, who are thought to be followers of the Gülen Movement in the judiciary, issued a summons for National Intelligence Organization (MİT) Chief Hakan Fidan, for collaborating with the PKK.