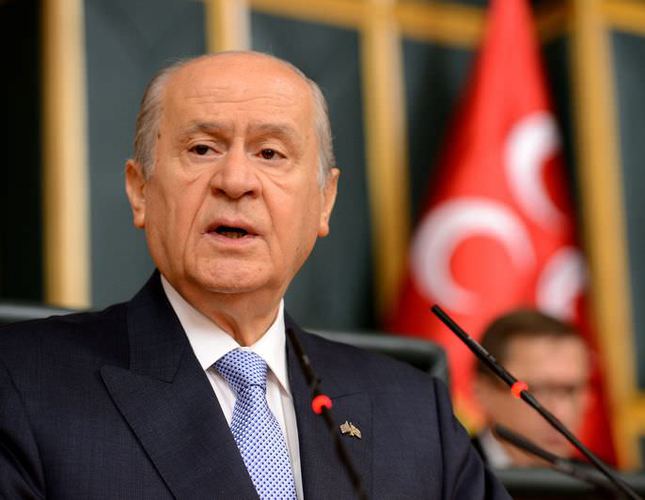 The Nationalist Movement Party (MHP) is preparing to launch a detailed inspection of party members ahead of the 2015 general elections to prevent Gülenists from infiltrating the body. As MHP began to hold provincial and district meetings before the party meeting that is set to take place in 2015, it launched an inspection of party members in a bid to prevent members of the Gülen Movement from infiltrating the party's branches.

The party, which spared a certain quota for new members, is more careful in choosing the candidates who will run for posts in the party administration, taking into account the movement's alleged eavesdropping activities. The candidates running for the presidency of or membership on the board will have additional attention paid to them.

The decision by MHP members to conduct a rigorous inspection to find any possible infiltration of Gülenists into the party came roughly a week after MHP Deputy Chairman Tuğrul Türkeş confessed that members of the Gülen Movement – led by U.S.-based imam Fethullah Gülen – attempted to infiltrate his party. His statement was later confirmed by MHP leader Devlet Bahçeli who said, "Such attempts have taken place, but it was not successful." Members of the Gülen Movement are currently accused of attempting to topple the government by the corruption operations the movement allegedly conducted through the judiciary against members of the government. The decision to conduct investigations was made in district and provincial meetings. Candidates running for membership in the party are subject to a careful investigation conducted by party officials.

The party became wary of Gülenists after a sex tape was released that caused the resignations of 10 top party executives, including the party's deputy chairmen in 2011. The MHP claims that Gülenists were behind the scandal. The rift between the party and the Gülen Movement deepened when it was detected that their Gülen Movement members were engaged in illegal wiretapping and spying activities. A recent investigation by the Ankara Police Department of Gülenist-affiliated police officers revealed that 83 people including deputies and provincial chairmen from the ruling Justice and Development Party (AK Party) and the opposition Republican People's Party (CHP) and MHP as well as judges, prosecutors, police chiefs, journalists and journalists' wives were wiretapped with orders from forged documents under false names. High-level officers from Turkey's Scientific Research Council (TÜBİTAK) and the Machinery and Chemical Industry Institution (MKE), which carries out military and strategic projects, were also on the list of people wiretapped. The results of the investigation also revealed that false evidence and accusations were presented to get court orders to track 40 people and fake names were presented to track 26 others. The probe also revealed 17 people were wiretapped illegally. Members of the Gülen Movement are accused of illegally wiretapping private and encrypted phones. According to reports, a total of 304 separate wiretapping orders were issued for 76 encrypted phones, but more encrypted phones that might have been wiretapped may be found as the investigation continues. Fethullah Gülen, who resides in the U.S. in self-imposed exile, leads the Gülen Movement, which has charter schools and organizations in hundreds of countries around the world. The movement is currently accused of attempting to infiltrate Turkish state institutions, including the police and judiciary as well as unlawfully wiretapping thousands of journalists, politicians, top secret state meetings and encrypted phones belonging to government officials.