PM: Reconciliation is directed to Kurdish citizens, not outlawed PKK 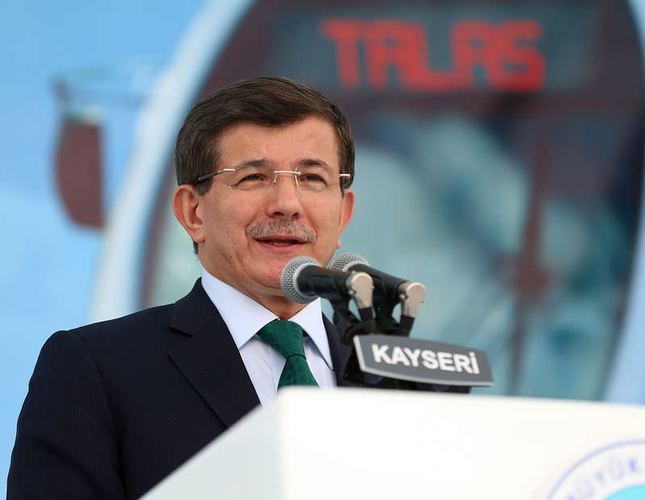 PM Davutoğlu said that the reconciliation process between Ankara and the Kurds is a step taken to ensure national unity, not a process that forms a basis for public disorder

Prime Minister Ahmet Davutoğlu said in his visit to the southeastern city of Kahramanmaraş on Sunday that the reconciliation process is directed to the Kurdish community, not the PKK, which is believed to be responsible for the latest deadly attack on the three Turkish soldiers in the southeastern city of Hakkari over the weekend. Urging all sides to do their part, Davutoğlu said that the belief that there is a security gap due to the reconciliation process is completely wrong. He said that Ankara has been sensitive since the beginning of the process to refrain from harming it, but no negotiation is possible over public order.

"The addressee of the process is not the PKK or HDP [Peoples' Democratic Party], but the Kurdish people of this country. They are content with the government," he said.

Davutoğlu echoed the government's sentiments that Ankara is still committed to completing the reconciliation process with the same determination as always. "No process is successful if there is no public order. The priority is public order. The reconciliation process is a step taken to ensure national unity, not a process that forms a basis for public disorder," he said.

The reconciliation process began in early 2012 to end the decades-long PKK conflict and address the grievances of Turkey's Kurdish community. The government pledged democratic reforms to empower minorities, particularly Kurds, which are by far the largest minority group in the country at 18 percent of the population. The PKK took up arms against Turkey to create an independent Kurdistan in the southeast in the 1980s. The PKK is listed as a terrorist organization by Turkey as well as by the U.S. and EU.

Gathering with non-governmental organizations in Kayseri over the weekend, Davutoğlu said, "The region's people harbor huge resentment of [the PKK]. Our determination in the reconciliation process continues." Referring to the recent Kobani protests and killing of three Turkish soldiers, Davutoğlu said that certain circles within and beyond Turkey are trying to drag the country into a chaos. He further said that he gave instruction to Hakkari Governor Yakup Canbolat to find the perpetrators of the attacks on the soldiers and bring them before the court.

"The reconciliation process is not the process of tolerance toward such attackers or bandits," Davutoğlu said, adding that the PKK is also a threat to peaceful Kurdish citizens living in predominantly Kurdish cities. He also invited all citizens in Turkey to act together against terrorism.

In a recent interview with Arabic media outlets, Davutoğlu said that the reconciliation process will reach the desired point in a few months if all sides fulfill their responsibilities and obligations. Evaluating the current status of the process, Davutoğlu underscored that it is not possible to reach a resolution unilaterally and called on the Kurdish side to "take concrete steps." He continued by emphasizing how crucial it is to reach a mutual understanding on protecting public order and development.