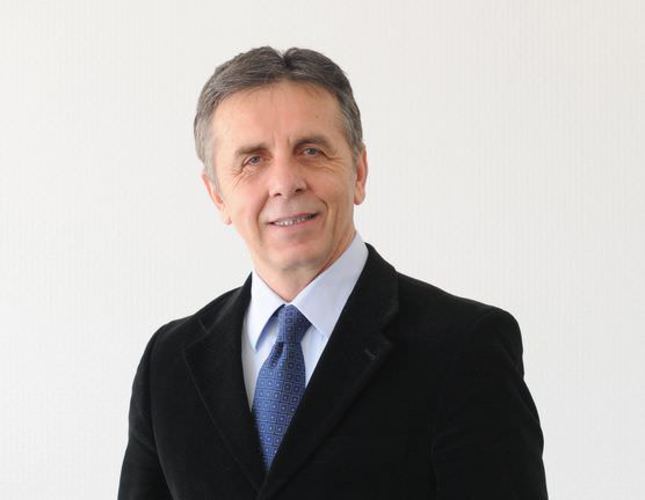 Professor Erol Göka, a central Anatolia region member of the Wisemen Committee, said in an exclusive interview with Daily Sabah that the reconciliation process would not be able to proceed without achieving public order

The reconciliation process, which is the most determined and extensive initiative for solving the decades-old Kurdish problem, is going through probably the most challenging of times. After a nearly two-year peace period, the violent acts and armed assaults against security forces re-launched in the region have raised the question of whether the process is going to continue. The Daily Sabah spoke to Professor Erol Göka, a central Anatolia region member of the Wisemen Committee, regarding the current situation of the reconciliation process and its future.

Erol Göka: I think there are two points. Firstly, the determination to continue the process was affirmed by the prime minister, while eight other ministers were also present. During the 11-hour meeting we saw that Davutoğlu was experienced in conflict resolution and crisis management, which re-instilled confidence in the committee and the reconciliation process itself. It is not possible to accomplish these kinds of challenging processes without patience. Fortunately, we have Davutoğlu as a chairman who knows that situations regarding identity rely on a strong psychological foundation.

The second important point was that the reconciliation process would not be able to proceed without achieving public order. The reconciliation process is a key element for consolidating democracy in Turkey. The process is not being maintained for anyone's sake, but for the benefit of the public. This process aims to resolve the conflicts in a peaceful way by channeling it into politics.

DS: Davutoğlu also said that maintaining public order was an essential element for the reconciliation process. However, won't the security measures to establish public order interrupt the process? Isn't this contradictory?

EG: The reconciliation process is based on freedom and democracy and aims to achieve the establishment of a democracy in which no one would have a problem with identity.

On the other hand, while we were discussing freedom and democracy after the incidents, the maintenance of public order began being mentioned frequently. This discourse caused concerns regarding the reinstatement of security policies or a halt to the process to be raised. However, after the meetings with Davutoğlu, I can conclude that these concerns were mostly eliminated. To give an example, we saw that the Internal Security Reform Package does not impose a regression in rights and freedoms and that it is compatible with the EU. Therefore, I think the measures to be taken for establishing public order will not affect personal freedoms negatively.

In the reconciliation process, we only see one active actor that is the state or its representative, the government. The government always worked with determination. However, due to the organization's (PKK) unresponsive attitude, we were waiting for Abdullah Öcalan's response. This tension always continued; the PKK has done whatever it can to interrupt or sabotage the process. The common opinion of the committee is that the PKK is not cooperating.

DS: What are the reasons for the incidents that took place on Oct. 6-7? Is the PKK's unresponsive attitude one of the causes?

EG: These incidents are partly related to the process, and on the other hand, also to the developments in Rojava and Kobani. It is not about reducing the incident to one reason; however, we can observe the unresponsive attitude of the PKK affecting the process negatively. The PKK acts like it does not know what it wants and is always changing its ideas, like a spoiled child. When we started to work as a committee last year, the most-asked question was why did we trust the PKK? Unfortunately, those people who asked this question were right. With the Oct. 6-7 incidents, it is seen that the PKK does not tolerate Kurdish political movements other than itself.

We have always stood behind the just demands of Kurds, especially concerning their language. However, everyone should accept that without public order, a free democracy is not possible.

DS: Do you think that the critical threshold has been passed in the reconciliation process? How do you evaluate it, regarding both the incidents and the recent armed assaults on security forces?

EG: If there were no other developments in the region and only Turkey's dynamics were effective, I would say yes. However, Rojava and northern Iraq show that the issue has a regional dimension.

On the other hand, there are forces that want to maintain their order. They know that they will not be able to achieve their goals while there is a reconciliation process. The process is the vital point of everything happening in the region, and therefore, it will face many challenges. Back to the question, I think that if it is not already passed, it is nearing. The process is supported by the public, thus, it will continue, no matter what happens. Again, the government is showing the utmost determination for its continuance.

What should take priority now is the establishment of public order and the remark that the process will continue in the most determined way possible. The sole antidote for violence is the reconciliation process.

Only HDP members went to Qandil and İmralı to hold meetings. My suggestion is the creation of an arbitration committee that will play an active role in the rest of the process. In my opinion, this committee may contribute to trust between the respondents and to the reparation of the process.


Who is Erol Göka?

He became an MD in 1983, a psychiatrist in 1989 and an associate professor in 1992. He was appointed as psychiatry clinic chief in Ankara Numune Research and Training Hospital in 1998. He has taken part in many scientific studies in his field. Later, his focus shifted toward social sciences and philosophy, which led him to work on psychodynamic-oriented clinic applications and group psychotherapies. He was included in the 63-member Wisemen Committee as a central Anatolia member. He is known for his works that question the relationship between psychiatry and the world of thought and the historical and social psychology of Turks.