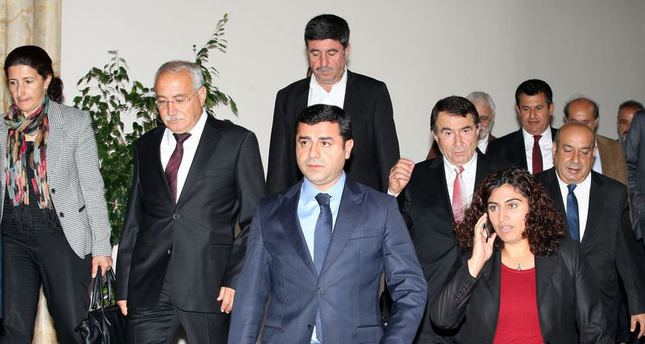 Following the Peoples' Democratic Party's (HDP) call for demonstrations on Oct. 6, a survey conducted by Pollmark showed that a significant majority believe that the HDP's call for protest was a wrong move. The survey was conducted between Oct. 10 and Oct. 14 with 5,071 participants across the country. According to the study, 83.4 percent said that the HDP's call for protests was wrong, while only 7 percent were in support, 9.6 percent abstained.

The HDP called for demonstrations on Oct. 6 to protest the Islamic State of Iraq and al-Sham (ISIS) attacks and lack of support from Ankara for the Kurdish Syrian town of Kobani. Ankara accused the HDP of causing the street violence that caused the deaths of nearly 40 people across the country. After several days of clashes between pro and anti-PKK groups in southeastern Turkey, HDP co-chairman, Selahattin Demirtaş, held a press conference and rejected the allegations that his party and lawmakers had called for mass violent demonstrations saying they called for unity and peaceful protests across the country to draw attention to halt the ISIS attacks.

HDP deputy Altan Tan was criticized after he admitted that his party acted irresponsibly when they called on their supporters to demonstrate in southeastern Turkey.

In an unprecedented move, Tan said that the HDP, which received 10 percent of the vote in the recent presidential election with Demirtaş's candidacy, harmed the atmosphere it had created during the campaign.