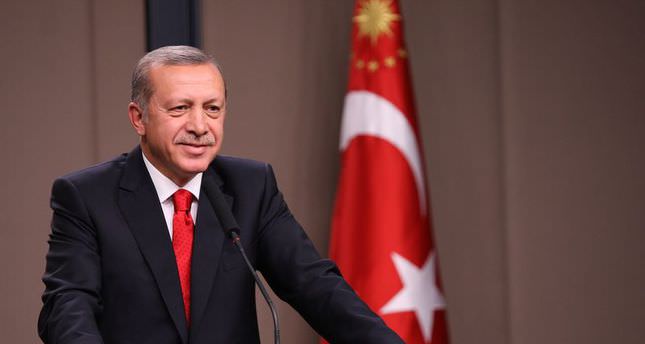 by Daily Sabah Oct 28, 2014 12:00 am
"Turkey will continue to defend the Suleyman Shah tomb, a Turkish exclave in Syria, against any threat," President Recep Tayyip Erdoğan said in a message he issued to mark Turkey's 91st Republic Day.

"I want to remind everyone again that the Turkish nation is proud of the soldiers guarding the tomb of Suleyman Shah, the grandfather of Osman I [the founder of Ottoman Empire] and their heroic actions."

"The whole Turkish nation and their prayers are with those soldiers all the time. Turkish army will come to the soldiers' service without a moment's hesitation in any case of attack. I congratulate their Republic Day, which they have to spend away from their families and beloved ones while they are fighting for the sake of our country," he said in the message.

Suleyman Shah was the grandfather of Osman I, the founder of the Ottoman Empire. His tomb is a Turkish exclave located 30 kilometers south of the Turkish border.

In March, Turkey's 60 Special Forces soldiers were deployed to protect the tomb on the Euphrates (Firat) River, when ISIS militants took control of nearby villages.