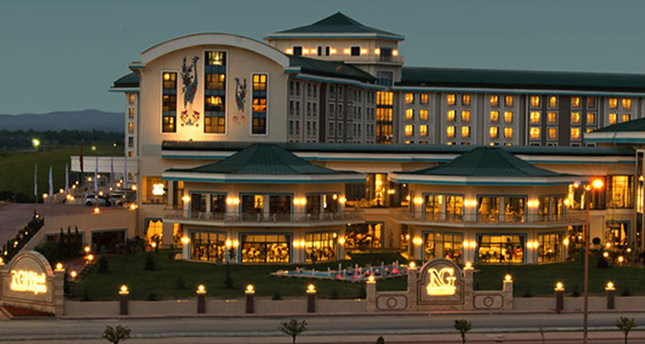 by Daily Sabah Oct 29, 2014 12:00 am
Justice and Development Party (AK Party) deputies and executives will gather in Afyon on Friday for a three-day summit to exchange ideas and plan the future of the party. According to sources in the AK Party, the Kurdish reconciliation process, Turkey's ongoing struggle against the Islamic State of Iraq and al-Sham (ISIS) and the latest developments in Syria and Iraq, the economy and the fight against the Gülen Movement, which is accused of attempting to overthrow the government through its members in the police department and judiciary and for orchestrating the Dec. 17 and Dec. 25 operations will be hot topics on the agenda during the meeting.

Prime Minister Ahmet Davutoğlu will host the summit for the first time as chairman of the party. Sources in the AK Party also said that apart from presentations there will be three simultaneous workshops on different subjects that will take place during the three-day summit where participating will have the choice to attend the meeting that they want. Davutoğlu's wife Sare Davutoğlu is also expected to address the wives of deputies during the summit.

The AK Party held previous summits for many years in the Kızılcaham district of Ankara as the hotel that was previously used for the occasion is affiliated with the Gülen Movement. However, last May the summit was held in Afyon instead of Kızılcaham due to security concerns that arose after the Gülen Movement allegedly used unlawfully obtained audio and video recordings for extortion and threatened a number of officials. Ministers and parliamentarians have expressed their concern about the fact that they have to take extraordinary precautions to protect their private lives and are disturbed by the atmosphere of tension and blackmailing by members of the Gülen Movement.