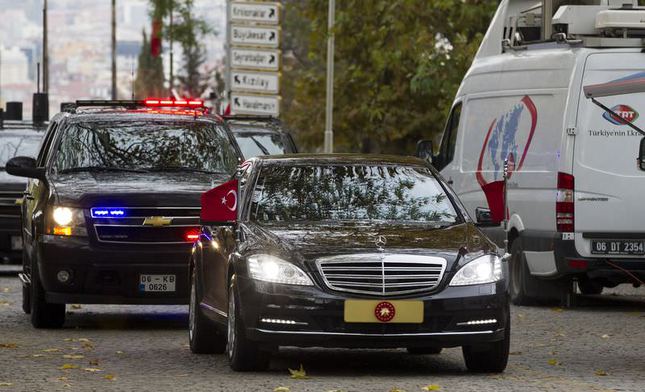 by AA Oct 30, 2014 12:00 am
Turkey's top security body is meeting on Thursday to examine issues such as recent violence from Kurdish separatists and the Gülen Movement which has attempted to infiltrate into Turkish state institutions.

The situation in Kobani, the war-torn Syrian town bordering Turkey, will also be on the agenda.

The National Security Council, which meets every two months, will be chaired by President Recep Tayyip Erdoğan for the first time.

In earlier remarks, Erdoğan said the Gülen Movement could be listed in Turkey's National Security Policy document, commonly known as the 'Red Book'.

The Red Book contains a list of threats to the Turkish state.

If listed, this would mean that the network-allegedly maintained by supporters of U.S.-based movement leader Fethullah Gülen-would become an issue of national security.

The Turkish government now claims that supporters of the Gülen Movement have infiltrated the state and are attempting to overthrow the government through their agents in the police, judiciary, and other units.

Thursday's meeting will also discuss latest attacks by the outlawed Kurdistan Workers' Party, PKK, as well as the current situation regarding the Kurdish reconciliation process.