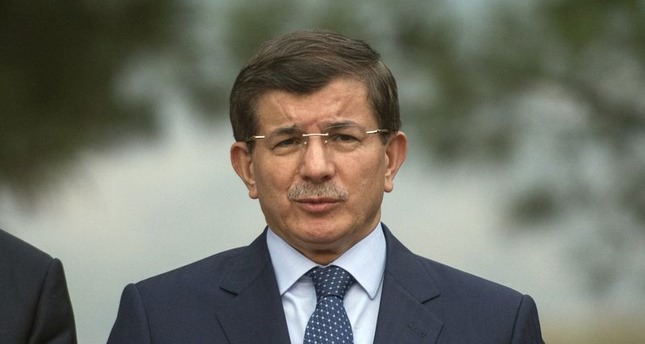 by AA Oct 30, 2014 12:00 am
Turkish Prime Minister Ahmet Davutoğlu said Thursday that his government will always maintain hope and commitment to achieve "the reconciliation process."

The reconciliation process refers to the Turkish government's efforts launched early last year to secure an end to the decades-long conflict with the outlawed Kurdistan Workers' Party, or PKK, which has claimed the lives of more than 40,000 people.

Turkey, the U.S. and EU list PKK as a terrorist organization.

"What we need is to have all segments (of the Turkish community) united with the same sensitivity based on common sense and collective conscience," he said in a televised address to the nation.

The Turkish premier noted that it is a must for every individual and group involved in the solution process "to act upon the same diligence and responsibility, by clearly distancing themselves from a terrorist mentality and vandalism."

Earlier this month, pro-Kurdish protests broke out in Turkey, ostensibly held to show solidarity with Syria's Kurdish-populated town of Kobani, which has been sieged by militants of the ISIS.

The demonstrators took to streets across Turkey to protests what they called "inaction" by the Turkish government to halt the advance of extremist ISIL militants pouring into Kobani.

"Once again, I resolutely express that we will never let anyone cripple our unity and solidarity, harm our brotherhood or disturb our peace," he added.

"Turkey will be free from all its burdens and make a takeoff once the Kurdish issue is settled, so as to concentrate all its energy into making more leaps forward," he said.

The Turkish government has already started to hold regular talks once a fortnight with the newly-established 'solution process council' -- a new step initiated by Davutoğlu's government -- to guide the efforts to solve the Kurdish issue as soon as possible.

A 63-member committee called the 'Board of Wise People' -- a consultative body including writers, columnists and academics -- is overseeing the ongoing efforts of the solution process and has been working towards a settlement to the Kurdish issue since early last year.