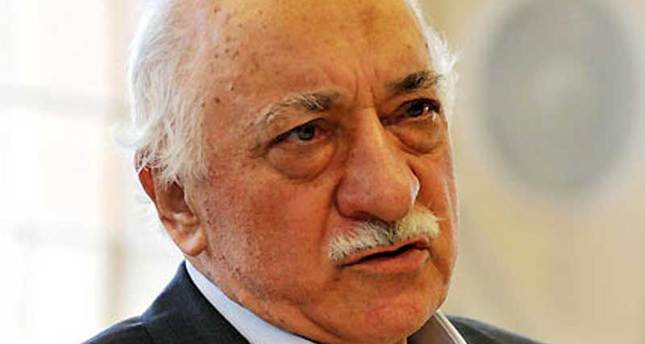 The National Security Council, which brings together top state and military officials, met yesterday to discuss the inclusion of the Gülen Movement in the Red Book on threats to the country’s security

Turkey held a National Security Council (MGK) meeting on Thursday in which top state officials discussed the Gülen Movement, which is considered by the ruling party and the president to be a national security threat. In the meeting, the road map to deal with the threat posed by the Islamic State of Iraq and al-Sham (ISIS), the latest developments on Turkey's Iraq and Syria border and the updating of the Red Book – a legal document that contains the country's security threats – were also discussed. According to sources in Ankara, the Gülen Movement was planned to be defined in the Red Book along the lines of "civilian elements attempting to take over the state by unlawfully organizing within state institutions." The movement is led by the controversial imam, Fethullah Gülen, who lives in self-imposed exile in the U.S. The meeting was still continuing when Daily Sabah went to print on Thursday night.

The Gülen Movement is seen as a national threat by the government since it is accused of wiretapping thousands of people including Turkish government officials, encrypting phones and allegedly infiltrating state institutions with the aim of overthrowing the government. Also known as the National Security Policy Document, the Red Book can be updated at MGK summits with the according threat level. The document is a 10-page list of domestic and foreign threats and any prescribed law or regulation must be compatible with the text and points indicated within. The document is also updated on a five-year basis in line with new developments.

President Recep Tayyip Erdoğan previously said that the movement will be included in the Red Book and that fighting against the organization through lawful means will be one of Ankara's priorities. On Oct. 19, during his visit to Kabul, Erdoğan said, "All these national security threats will constitute the agenda of our MGK meeting this month," and added, "If it takes place on the recommendations list and Turkey's cabinet of ministers adopts the position, the threat can enter into Turkey's National Security Policy Document."

Hüseyin Gülerce, previously a columnist at the pro-Gülen newspaper, Zaman, and previously a well-known figure of the movement, slammed the organization. He said that nobody should be convinced, including himself, that the Dec. 17 and Dec. 25 operations were corruption investigations.

"[The Dec. 17 and Dec. 25 operations] were never bribery and corruption investigations for me. It was the third step after the Feb. 7 MİT [National Intelligence Organization] crisis and Gezi Park protests. I have a clear conscience about that," he said, and added, "The AK Party [Justice and Development Party] has been in power for 12 years. In the first decade, there were no cases of bribery, corruption or unearned income opened, but then these honest prosecutors and police noticed that ministers and their sons were doing such things. They even went further, attempting to arrest the prime minister's son. Nobody can say this was a corruption case."

Thursday's meeting also focused on the latest attacks by the PKK, as well as the current situation regarding the reconciliation process. PKK attacks have included the killing of three Turkish soldiers in the southeastern province of Hakkari last week and the hijacking of about 400 kilograms of explosives from a private coal mine in the southeastern Şırnak province on Monday.

A recent report prepared by inspectors from the Interior Ministry showed that dozens of police officers with alleged links to the Gülen Movement had illegally wiretapped thousands of people in a "systematic and organized" manner for purposes of espionage. According to the report, some officers were involved in irregularities like tracking people's conversations, wiretapping, recording conversations and tracing the location of phone calls through GPS signals. Erdoğan recently requested U.S. President Barack Obama to extradite Gülen from the U.S., both privately and publicly, and accused Gülen of plotting a judicial coup against the government before the local elections last March.