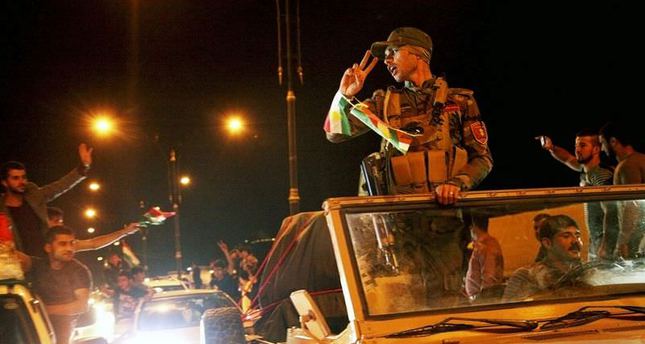 by Daily Sabah Oct 31, 2014 12:00 am
Hürriyet daily reported on Friday that peshmerga fighters who were set to cross to Syria through Turkey to battle ISIS in Kobani left a Turkish restaurant without paying the bill, a claim which was later refuted by the staffers of the restaurant.

According to the false report published in Hürriyet daily, the peshmerga fighters stopped off late Wednesday at the Demirol motorway services restaurant just outside the city of Şanlıurfa as they travelled from Iraq through Turkey to the border with Syria and left the restaurant without paying the bill.

However, the authorities of the restaurant later spoke to a Turkish news channel, NTV, denying the allegations that Iraqi fighters did not pay for their meal.

A staff member working at the restaurant allegedly reported the incident to the daily which reportedly published the controversial story basing it on the view of the personnel. The remaining staffers claimed no such incident occurred.

Hürriyet's article claimed the total bill was 1040 Turkish Liras, a statement which was later found to be untrue as the picture of the receipt published online revealed that the total amount of the bill was 979 Turkish Liras and was 'paid' by the Iraqi fighters.

Another detail of the false story which was later proved wrong was the number of the fighters who had a meal at the restaurant. The report said there were 80 peshmerga fighters in the restaurant, a piece of information which later turned out to be false as well.

According to NTV, the bill was paid by the officials from the governorate who accompanied the fighters.