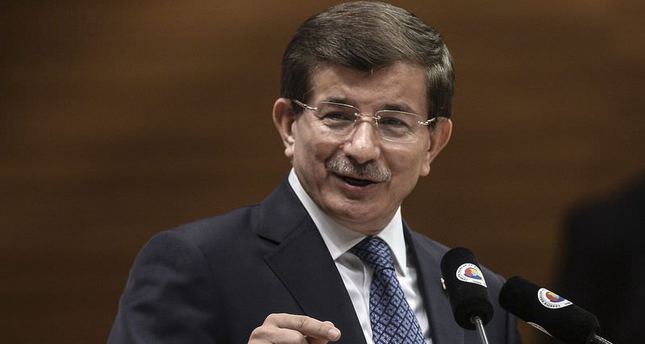 by Daily Sabah Nov 01, 2014 12:00 am
Turkish Prime Minister Ahmet Davutoğlu Thursday night said that the government will continue its determined stance toward the reconciliation process between Ankara and the Kurds as well as the investments made in eastern Turkey.

"As the government, we protect our hope and determination and we intend to continue to do so [in the upcoming term]," said the prime minister, referring to the latest statements implying the reconciliation process has come to a deadlock.

Suggesting that what is needed for the process is common sense, Davutoğlu urged all figures included in the process to do their part by leaving outrage, terrorist mentalities and vandalism behind.

On Friday, he talked about the opposition People's Democratic Party's (HDP) second call for street protests on Nov. 1 as part of global demonstrations to be held for Kobani.

Referring to the deadly protests across the country which took place on Oct. 6-7, Davutoğlu asked citizens not to heed the calls of the HDP.

Earlier this month, the party issued a similar call via social media resulting in a week of violent street protests and clashes across Turkey that left at least 38 people including two police officers dead. Damage to property around the country was also extensive.

"It means no lessons have been learnt from the incidents," Davutoğlu told reporters following the Friday prayer in the Turkish capital, Ankara.

The prime minister said that he is making a contrary call for people to refrain from demonstrations and any acts of violence.

Davutoğlu said that it is time for the HDP to prove itself as a peaceful political party "fighting only for a political cause."

The prime minister's statements came after the Turkish soldier assassinations by the outlawed PKK and fierce protests that morphed into a violent clash between pro and anti-PKK groups which killed dozens of citizens in early October.

During the protests the participants accused the Turkish government of doing nothing to halt the advance of the extremists into the border town of Kobani, which has become the scene of fierce street battles between Kurdish groups and Islamic State of Iraq and al-Sham (ISIS) militants.