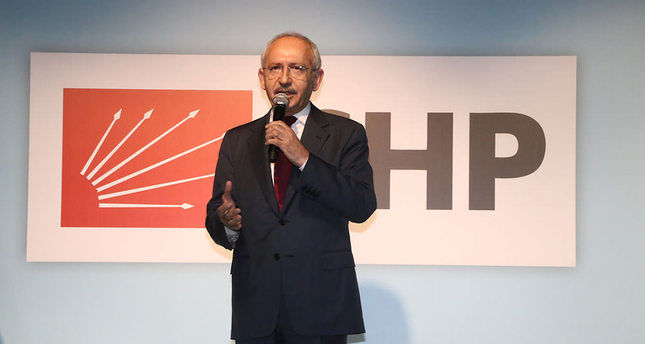 The main theme of CHP's campaign will be "A Journey to Hope" ('Umuda Yolculuk' in Turkish), mainly concentrating on social issues. The previous slogan used by CHP candidate during August presidential elections, "Ekmeleddin for Bread" ('Ekmek için Ekmeleddin' in Turkish), proved ineffective and received a very high number of negative reactions as it failed to address the expectations of the public and CHP's voter base.

CHP promises within the new election campaign employment opportunities for each citizen, lifting taxes on minimum wage, building dormitories enough for all university students, appointing all of the education faculty graduates as teachers and increasing social aid.

However, CHP failed again to address key issues in their campaign which were expected to be the main topics that would be covered by an opposition party in Turkey, such as reconciliation process or Kurdish issue in general, foreign policy, work safety and labor problems, environmental issues, and above all, a solid economic policy.

CHP decided to visit all families taking social aid before the general elections in June 2015, Kılıçdaroğlu said that he also gave the order to all CHP municipalities to open daycare facilities before the elections.

Kılıçdaroğlu promised to donate newly built Presidential Palace to IT companies if the party wins the elections, transforming the presidential compound to "Turkey's Silicon Valley."

Murat Özçelik, CHP's deputy chairman, gave a presentation regarding Turkey's foreign policy which sparked a debate as Adana deputy Ümit Özgümüş reacted over Özçelik's comments on Syria for him being "pro-American and pro-AK Party."