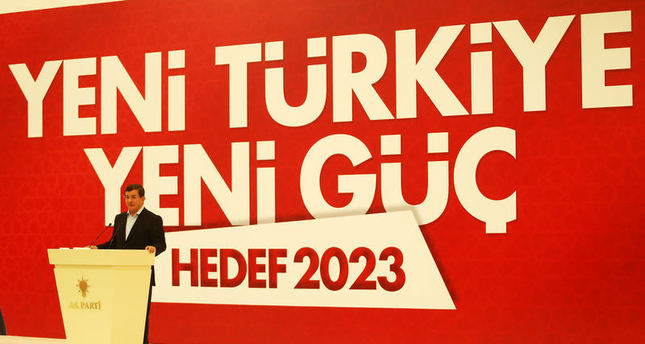 by Daily Sabah Nov 03, 2014 12:00 am
As the details of the government's Alevi initiative become clearer ahead of Prime Minister Ahmet Davutoğlu's planned visit to the Hacıbektaş district of Nevşehir province to attend a ceremony with the Alevi community, an Alevi dede – a religious leader of Alevi communities in Turkey – praised the government's latest initiative to tackle the age-old problems faced by the country's Alevis.

Speaking with Davutoğlu in the southeastern province of Kahramanmaraş, Alevi Dede Mehmet Yıldırım said that he and the Alevi community is aware of the reforms over the last 12 years.

Touching on the importance of unity across the country, Yıldırım said that reforms made in the last 10 years are beneficial to all citizens in the country.

Referring to the previous issues which Alevis have suffered from in the country, Yıldırım said, "[Alevis] faced massacres in many periods but since the AK Party [Justice and Development Party] came to power, no such massacre has happened in the country."

Turkey's longstanding Alevi turmoil erupted over the Dersim incident, which took place in 1937 and 1938 in the Dersim region, now called Tunceli province. The incident was considered a Turkish military campaign against an Alevi uprising after Turkey's 1934 Resettlement Law, which aimed to assimilate ethnic minorities.

According to Gendarmerie reports, 13,806 people were killed and thousands more were internally displaced due to the conflict in the region.

On Nov. 23, 2011, then prime minister Recep Tayyip Erdoğan apologized on behalf of the state for the Dersim tragedy in 1937. He also described the incidents as one of the most painful and bloody tragedies in Turkey's recent history.

Since the Dersim tragedy, Alevi activists have demanded to be treated as a religious minority, including official recognition and tax exemption for their houses of worship, elective courses on the Alevi faith in public schools and greater emphasis on non-discrimination.

Last week, Davutoğlu touched upon this issue during his monthly address to the nation when he said that he will attend the ceremony, which commemorates the martyrdom of Hussein in Karbala, Iraq. "We have discussed in detail with our ministers and bureaucrats who work on this package and we have carefully examined the results of the previous workshops in this field. I hope to take concrete steps in this regard in the coming period."

The initiative will concern not only the Alevi community with which the government has long been in conflict, but also other minorities who are reluctant to be attached to the Directorate of Religious Affairs. The establishment of a "regulative and controlling council," which will embrace every section of society refusing to be linked to the ministry, is expected to be part of the reforms that will be introduced by the government.