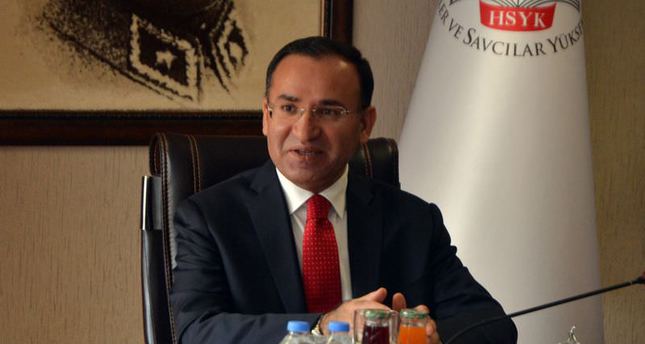 by daily sabah
Nov 05, 2014 12:00 am
Turkey's Justice Minister Bekir Bozdağ stated on Wednesday that the era of closing political parties in Turkey has ended, in response to questions about the close of People's Democratic Party (HDP).

The minister stated that he does not think that the closure of political parties in Turkey will acquire currency as the current situation favors democracy over tutelage, and freedoms over restrictions. Likewise, he underlined the fact that politics should be conducted under a constitutional framework and noted the HDP should express its opinion rather than encouraging violence.