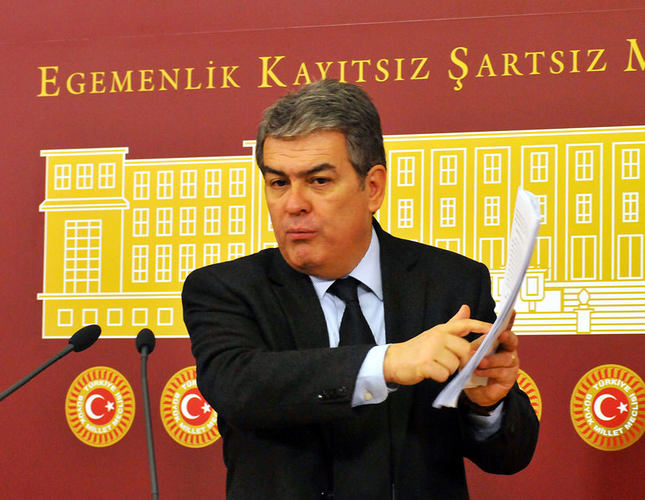 by daily sabah
Nov 05, 2014 12:00 am
As the political turmoil within Turkey's main opposition Republican People's Party (CHP) grows following the resignation of neo-nationalist Ankara Deputy Emine Ülker Tarhan, another dissident, Eskişehir Deputy Süheyl Batum, was referred to the disciplinary committee with a demand for his dismissal.

Batum came under criticism from the CHP administration after his statements that he supported Tarhan's resignation and each week a CHP member will resign from his or her post to shake up the party.

In her speech, Tarhan referred to Kılıçdaroğlu's election failures saying that the CHP administration is growing distant from the party's grassroots.

"What put the CHP in a difficult position were its policies that moved it away from its grassroots," said Tarhan, accusing Kılıçdaroğlu of adopting harsh rhetoric toward CHP supporters.

Referring to Kılıçdaroğlu's strict statement toward CHP voters pushing them to vote for the CHP by slamming the table and saying "whether you like it or not, you will go to the ballot box," Tarhan said that the CHP administration is not aware of the party's responsibilities.

With her bitter press statement regarding her resignation, Tarhan blamed the CHP's administration for their "wrong and weak policies," which she claimed are not representative of the people's sentiments and were not made with winning elections in mind.