Erdoğan heads to Turkmenistan as president for the first time 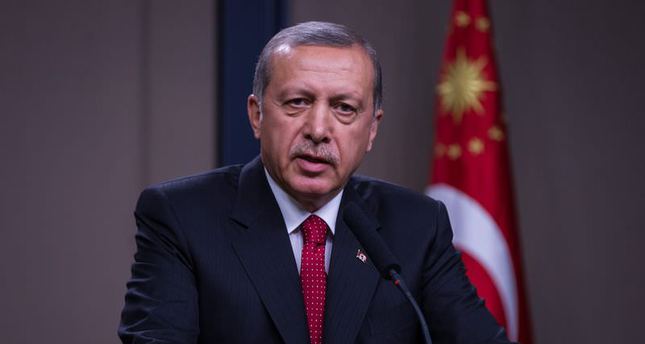 by daily sabah
Nov 06, 2014 12:00 am
President Recep Tayyip Erdoğan made a press statement at Esenboğa Airport, before leaving for Turkmenistan on Thursday, and took the opportunity to criticize the raiding of Al-Aqsa Mosque in Jerusalem.

"The Israeli government should reopen the mosque soon, otherwise it will become more isolated within the international arena" said the President, highlighting that Turkey will be taking the necessary steps under the framework of international law regarding this matter. He expressed that the raid was unacceptable while noting that it could lead to the start of a second Intifada. Erdoğan stated that Al-Aqsa Mosque was not only significant for Palestinians but for all Muslims throughout the world who are concerned about the situation in the compound.

In response to recent criticism about the new Presidential Palace, Erdoğan stated that it was essential for Turkey to have a presidential compound comparable to global counterparts. He expressed that the palace is not owned by a single individual and asserted that it belongs to the Turkish Republic, while noting that sensitivities were taken into consideration during its construction to avoid extravagancy.

It will be the first time Erdoğan will be visiting a Turkic state as the president of Turkey. The visit is expected to uphold socio-cultural and economic relations between Turkey and Turkmenistan.