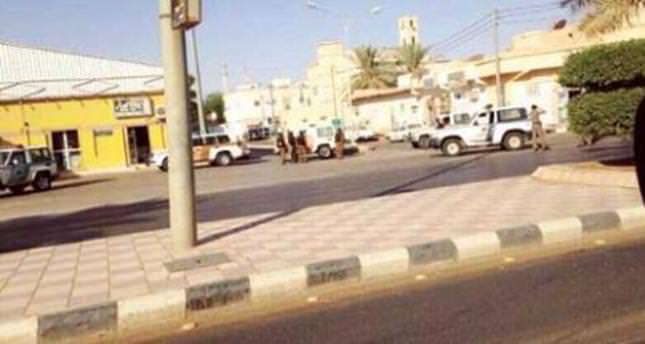 by daily sabah
Nov 07, 2014 12:00 am
Turkish Foreign Minister Mevlüt Çavuşoglu visited the Saudi Arabian capital of Riyadh on Thursday on the invitation of his Saudi counterpart, Prince Saud al-Faisal. The meeting between the two foreign ministers was followed by an inter-delegation session and a working lunch and all meetings were closed to the press. Çavuşoglu and Faisal were scheduled to discuss bilateral relations as well as current regional and international issues, according to a statement issued by the Turkish Foreign Ministry on Wednesday. Çavuşoglu also met with a group of Turkish residents and businessmen during his one-day visit to the country.

The Turkish Foreign Ministry also condemned the latest sectarian terror attacks in the country, which saw seven people killed, including two policemen, and wounded 11 others. "Turkey attributes special significance to the maintenance of security and stability in Saudi Arabia, which has a major position and role in the region and the world at large.

"In this respect, we condemn the latest terror incidents in the country and would like to underline once more the importance of international solidarity in the fight against terror," the statement said, adding that Turkey would continue to cooperate with Saudi Arabia to combat terrorism.

Two Saudi policemen and two militants were killed in a shootout Tuesday in the eastern Saudi Arabian town of Buraidah. Two policemen were also injured in the incident.

Interior Ministry spokesman Mansour al-Turki said that the two militants were wanted for a deadly shooting Monday in the eastern part of the kingdom.

Security forces detained nine suspects after raids in six cities in connection with Monday's shooting. Six others had previously been detained. Five people were killed and nine others wounded when three masked men opened fire late Monday on a group of people in al-Dalwah village in al-Ahsa province.

Al-Ahsa is a region of the Eastern Province, where the kingdom's Shiite community is concentrated.

Shiites, estimated at some 10 percent of Saudi Arabia's population of 20 million, have long accused the authorities of marginalizing and discriminating against them, particularly in terms of government and army appointments.