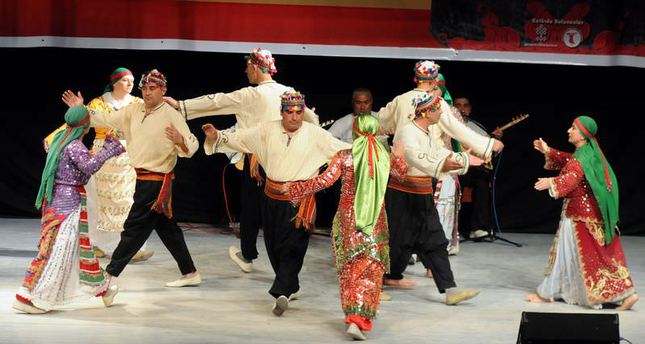 by daily sabah
Nov 10, 2014 12:00 am
As Turkey prepares to address the grievances of the Alevi community, the government has made an important decision regarding the status of Alevi foundations. A ruling which accepts Haci Bektaş Veli Cultural Foundation –known to be one of the largest Alevi organizations - as an organization working for public interest has been adopted, signaling an unprecedented move, which is expected to have a positive impact on the official status of Alevi organizations and foundations. The move has been halied by Alevi leaders.

According to reports, the decision was made in a cabinet meeting held on Monday last week, a few days after President Recep Tayyip Erdoğan welcomed Alevi community leaders to an exclusive iftar dinner at the newly opened Presidential Palace, commemorating the month of mourning for Alevis.

The groundbreaking decision which recognizes Hacı Bektaş Veli Foundation as an organization working for public interest will provide a number of benefits for the organization. The foundation will be exempt from property tax, stamp tax, and value-added tax (KDV) and other taxes. Moreover, in accordance with the Fundraising Act, they will be able to collect donations and fundraise without seeking permission from the government, and, in accordance with the Transportation Act, they will be able to obtain exclusive license plates for their vehicles.

Other privileges given to organizations working for public interest include receiving funding from the government, while the organization and foundation leaders can be included in the state protocol during official events.

Other privileges that are currently on the government's agenda for the Alevis include covering the electricity and hydro expenses of cemevis by the government, as well as paying the salaries of assistive staff by the government through the foundation.

In Turkey, 402 organizations have been recognized by the government as organizations working for public interest and the recognition of Hacı Bektaş Veli has increased this number to 403. According to Turkish laws, these organizations are determined by the proposal and approval of the cabinet.

Fermani Altun, the President of Global Ehli Beyt Foundation, has praised the move in a recent statement, and the government's efforts regarding the Alevi Issue. He stated that Prime Minister Davutoğlu's speech at Hacı Bektaş Veli Ashura event was of historical importance and said that the Alevis will stand by the government until the very end, since they have full faith that their issues will be resolved.

"Prime Minister Ahmet Davutoğlu's speech was not only spiritually appealing but it marked the first time a Turkish prime minister has given such wide-ranging and inclusive messages" said Mr. Altun, who noted this was one of the reasons why Alevis will be on the government's side. He harshly criticized opposition leaders Kemal Kılıçdaroğlu and Devlet Bahçeli for their attacks on the government's initiatives and stated that such destructive comments are a product of the political ideology which has been exploiting the Alevi issue for years. Altun noted that Kılıçdaroğlu has never attended an Ehlibeyt meeting, nor done anything to serve their cause. "Kılıçdaroğlu has caused great trouble for Alevis" he said, condemning the leader of Republican People's Party's (CHP) leader for his stance regarding the Alevi issue.

The President of Hacı Bektaş Veli Foundation, Mustafa Özcivan, has also reiterated that there are politicians who want to exploit the Alevi issue for their political interests. He made the comments during his speech on the event to mark Ashura, which took place on Sunday with the attendance of Prime Minister Ahmet Davutoğlu."It is for this reason in particular that the government should resolve the Alevi issue as soon as possible" Özcivan said, who stated that they were pleased about the recognition of their foundation as an organization which benefits public interest.

In recent years, the AK Party government has taken numerous steps to respond to the needs of ethnic and religious minorities within Turkey under the scope of the democratization package. A series of meetings were held with Alevi community leaders and academics to understand and define their problems and find permanent solutions. It is estimated that there are over 10 million Alevi citizens in Turkey, corresponding to around 15 percent of the country's population.