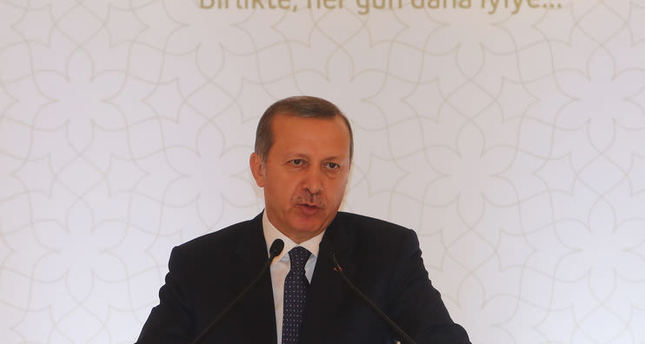 by AA Nov 11, 2014 12:00 am
Turkey has to prove itself in information and technology production, said Turkish President Recep Tayyip Erdogan on Tuesday.

"We don't want to be a consumer country in terms of informatics and technology, but a producer. Turkey, which already proved itself in the industry and service sectors, should focus on information and technology production from now on," said the Turkish president at a reception marking the 20th year anniversary of the Turkcell GSM operator company.

"Because in our age, the key to success is about managing information," he said.

Praising Turkcell's activities, he said: "We have always stood by those doing their task well and who produce added value to their sectors, and will continue to do so. Turkcell is a company that is doing its job very well. If Turkey is now among the most developed countries in terms of informatics, Turkcell has an important share in it."

Also speaking at the reception, Transportation, Maritime and Communications Minister Lutfi Elvan praised the leap forward in Turkey in informatics.

Turkcell, the first Turkish GSM operator, began its activity in Feb. 1994. Currently, it has a total of 72 million subscribers in some nine countries, including Azerbaijan and Ukraine.
Last Update: Nov 11, 2014 9:33 pm
RELATED TOPICS