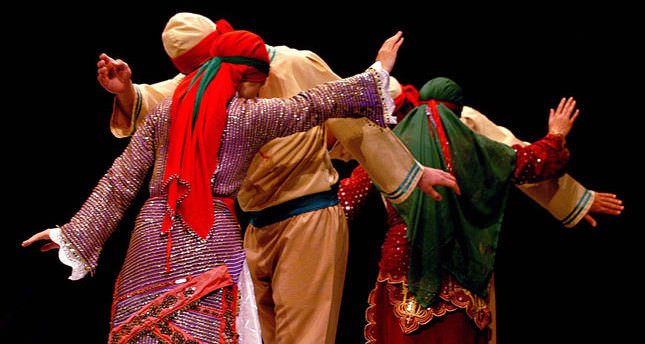 by Ali Ünal Nov 14, 2014 12:00 am
While the government works on a new reform package aiming to resolve the Alevi community's problems, Prime Minister Ahmet Davutoğlu will pay a historic visit to the eastern province of Tunceli on Nov. 23. During his visit he is expected to reveal the codes of the new reform package. Tunceli, formerly known as Dersim, has symbolic importance. Alevi turmoil erupted over the Dersim incident, which took place in 1937 and 1938 during the Republican People's Party's (CHP) single party era and, according to gendarmerie reports, 13,806 people were killed and thousands more were internally displaced due to the military campaign against the Alevi uprising after the 1934 Resettlement Law, which aimed to assimilate ethnic minorities.

In order to solve the problem, the Alevi initiative in Turkey was launched during Recep Tayyip Erdoğan's tenure as prime minister in 2009, and seven discussion workshops were held with the participation of Alevi opinion leaders and representatives from different segments of society over six months. Moreover, on Nov. 23, 2011, Erdoğan apologized on behalf of the state for the Dersim tragedy in 1937. He also described the incidents as one of the most painful and bloody tragedies in Turkey's recent history. Therefore Prime Minister Ahmet Davutoğlu's visit to Tunceli on the second anniversary of the apology has significant importance. During his visit Davutoğlu is expected to reveals the codes of the new reform package and emphasize the government's determination on the Alevi issue. Speaking at the fourth International Hacıbektaş Veli Ashura Event over the last weekend, Davutoğlu addressed Turkey's Alevi community saying, "The question of the Alevi community and their beliefs should be solved by this country's Parliament and government to stop those who tried to take advantage of the Alevi question," reiterating the government's efforts to tackle the Alevi issue.

According to sources in Ankara, the government's new reform package will not engage in discussions over the status of cemevis as recognized houses of worship and will leave it to the initiative of the members of the Alevi community as there are different opinions about the issue among Alevis themselves. Hence in the reform package the government is supposedly making arrangements that will meet the basic needs of the Alevi community such as covering the expenses of cemevis rather than the discussion of the status of cemevis.

In previous years, the AK Party government has taken a series of steps to understand and respond to Alevi identity-based claims. The government initiated the "Alevi Opening" in 2010, a belated yet sincere attempt to understand the "Alevi Issue" and respond to the demands of Alevi citizens. The Alevi opening was included in the government agenda as part of the Sept. 30 democratization package, but was later postponed on the grounds that there was no institution to represent Alevis in Turkey. The most recent meeting with leaders in the Alevi community, representatives of nongovernmental organizations and academics who specialize in issues concerning the Alevi community, took place in July when the former Prime Minister Recep Tayyip Erdoğan hosted an "iftar" meal in Ankara. In the meeting, government officials and Alevi representatives discussed the new Alevi reform package and shared their views.