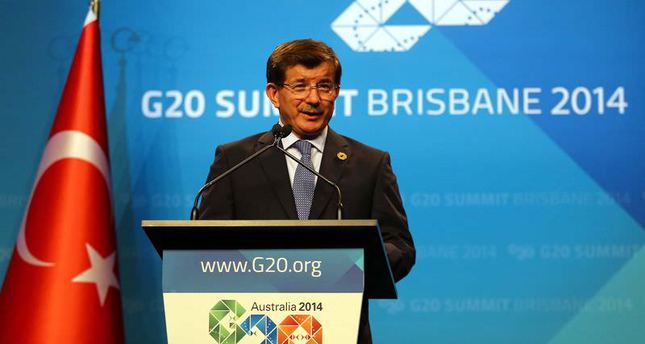 by daily sabah
Nov 18, 2014 12:00 am
Turkey has become a leading force behind global institutions and organizations as it prepares to lead pro-tempore presidency of the G20, the Business 20 (B20) and the Developing-8 (D8) in 2015, while numerous prominent global organizations are being led by Turkish executives.

The Group of 20 (G20) Summit - an international forum for the governments and central bank governors from 20 states with major economies - will be led by Turkey in 2015 as the summit will convene in the Mediterranean city of Antalya. The Business 20 (B20) event which aims to develop recommendations and use relevant commitments from the business leaders and business organizations to address current issues, will be led by Rıfat Hisarcıklıoğlu, the president of Union of Chambers and Commodity Exchanges of Turkey (TOBB).

The Developing 8 (D8) will also be led by Turkey in 2015. Members of the D8 include Iran, Pakistan, Bangladesh, Malaysia, Indonesia, Egypt and Nigeria.

Other institutions and organizations which will be led by Turkey and Turkish executives in 2015 include the World Association of Investment Promotion Agencies (WAIPA), the Association of European Airlines (AEA), the International Association for Energy Economics (IAEE), United Cities and Local Governments (UCLG), International Conference on Automated Planning and Scheduling (ICAPS), European Society for Opinion and Marketing Research (ESOMAR), European Law Faculties Association (ELFA), and numerous others.