Optimism is essential for Turkish PM’s Iraq trip, according to experts 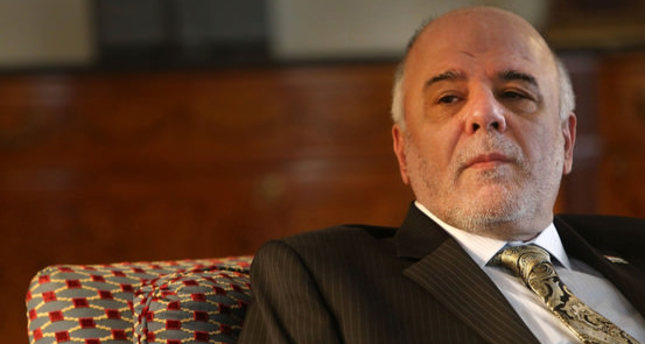 The visit matters with particular regard to the tense relations between Turkey and Iraq during the time of Abadi's predecessor, Nouri al-Maliki, and his government. Davutoğlu's visit to Iraq is seen as a crucial point for gaining momentum in mending Turkish-Iraqi relations. In addition to regional and anti-terror issues, it is expected that Turkish and Iraqi officials will discuss the issue of ISIS and Iraqi refugees in Turkey.

Sajad Jiyad, a London-based independent analyst and researcher on Iraq, stressed the potential of evolution in bilateral relations between Turkey and Iraq with the new government under Abadi: "I think the change in administration in Iraq gives a natural reset to relations after they became quite cold. I expect that both sides wish to have better relations for political, economic and security reasons."

Jiyad added that Turkey exerts influence on Sunnis in Iraq with regard to their political representation and added, "As for Iraq, the future requires that it have better relations with its neighbors, and as Turkey controls some of the water supply, it is the only export destination for oil from Kirkuk and other northern fields. In this regard, both sides have a lot to gain by improving relations, so I think it is likely that will happen progressively in the near future."

Last Thursday, the Irbil and Baghdad governments reached an accord on oil and budget issues that had heated up relations between them. According to the agreement, as a first step, Baghdad agreed to transfer $500 million to the KRG for November. In return, the KRG has agreed to allocate 150,000 barrels of oil per day for the Baghdad government.

Turkey is among the countries that support the continued unity of Iraq and tries to defuse tensions between the two governments. Hence, as the second contact between the two countries after the visit by Foreign Minister Ibrahim al-Jaafari of Iraq to Ankara on Nov. 8, this visit is also vested with a different denotation, especially trilateral relations between Ankara, Irbil and Baghdad.

Shwan Zulal, an energy analyst at London-based Carduchi Consulting, underscored Turkey's being part of the discussion as essential for any workable deal between Baghdad and Irbil. "At this stage, the steps taken to normalize relations between Baghdad and Ankara will have little or no impact on Irbil-Ankara relations; however, the closer Baghdad gets to Ankara, the more the question of independent Kurdish exports will be an issue for Baghdad."

"Turkey is still keen to have Kurdish exports flowing and recently signed a gas deal cementing the Turkish stake in the Kurdistan region. Any agreement on the outstanding issues will not happen overnight, and it will take some time; however, these first steps are important to try to break the ice and mend relations between the two countries."

Zulal indicated that it is likely that the new government in Iraq has optimistic views, but also pointed to the experiences during the Maliki period: "Having past initiatives in mind, I am skeptical of seeing big changes, but there is a new prime minister in Iraq willing to compromise and mend relations. Therefore, I think it will be doable."

With this trip, Davutoğlu will be the second Turkish prime minister to visit the Kurdish region in Iraq. It will also be the first prime ministerial-level visit to Iraq after three years when former prime minister and current president, Recep Tayyip Erdoğan, visited in 2011.