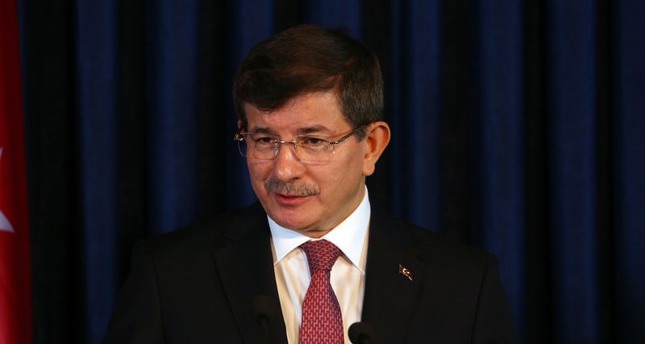 by daily sabah
Nov 21, 2014 12:00 am
Turkish Prime Minister slammed main opposition Republican People's Party (CHP) leader Kemal Kılıçdaroğlu on Friday for accusing the Turkish National Intelligence Agency (MIT) to cover his own failure in uniting his party members during a press conference upon his return from an official visit to Iraq.

The party leader Kemal Kilicdaroglu claimed Thursday that the country's National Intelligence Agency had been spying on his party. "A certain group within the intelligence agency has been ordered to create trouble in the party and to weaken the party's image," Kılıçdaroğlu said.

As a response to Kılıçdaroğlu's claims, Davutoğlu said that CHP does not need intelligence agency's plot, while the party was already in trouble enough, and he added, "The leader of the main opposition party should be more sensitive about his statements, if he has any evidence to those claims he should prove it. While we are taking care of the government, he is not even able to fix the problems within the party. I suggest he visits CHP headquarters sometimes and prove his leadership in CHP. Trying to damage state constitutions with baseless claims would not do anyone any favors, and least of all Kılıçdaroğlu."
Last Update: Nov 21, 2014 9:57 pm