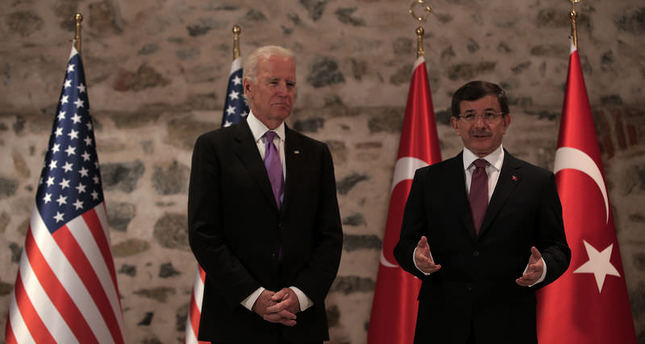 Vice President Joe Biden met today with Turkish Prime Minister Ahmet Davutoğlu to discuss the fight against ISIS in Iraq and Syria, the Cyprus settlement talks, and energy security. The two leaders agreed on the need to degrade and defeat ISIS, to work towards a political transition in Syria, and provide support for the Iraqi Security Forces and the moderate Syrian opposition.