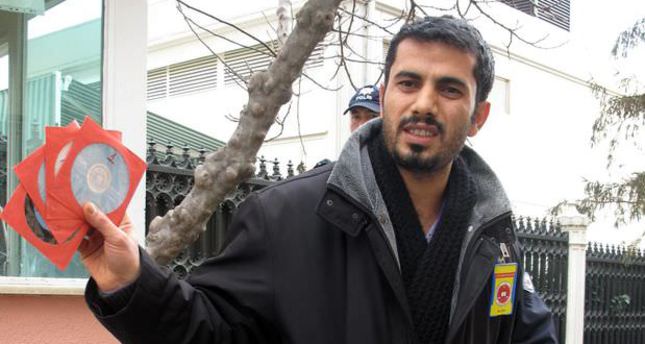 by Daily Sabah Nov 22, 2014 12:00 am
Mehmet Baransu, a Gülenist journalist who works for the Taraf daily was detained on Saturday. He made the announcement on his Twitter page.

"5 police officers came home to detain me" Baransu stated on his Twitter, noting that he would go to the hospital for a health checkup first, followed by a visit to the prosecutor's office to testify.

Baransu has repeatedly been detained on numerous occasions. A law suit has previously been filed against Baransu for threatening and blackmailing then-Prime Minister Recep Tayyip Erdoğan on Twitter. A search warrant was issued for Baransu when he failed to testify in a case where he was being tried for insulting Erdoğan's wife Emine Erdoğan.

The Gülen Movement, led by Fethullah Gülen who lives in self-imposed exile in Pennsylvania is seen as a national threat by the Turkish government. The movement is accused of wiretapping thousands of people including Turkish government officials, encrypting phones and allegedly infiltrating state institutions with the aim of overthrowing the government.