Main opposition on the brink of falling apart, blames MİT 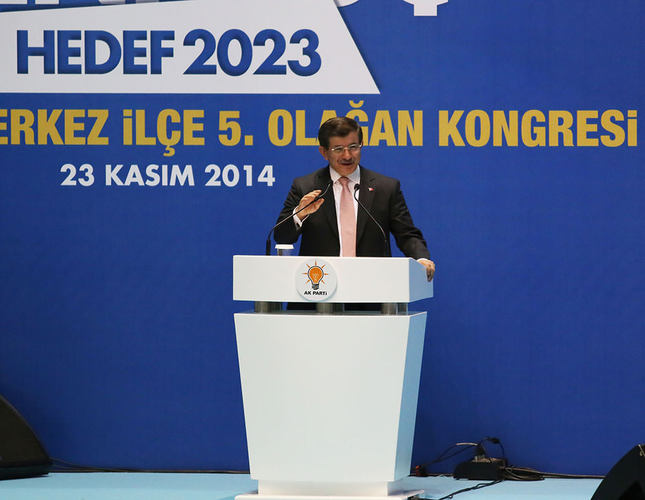 by daily sabah
Nov 23, 2014 12:00 am
Turkish main opposition Republican People's Party (CHP) leader Kemal Kılıçdaroğlu recently came under harsh criticism from the government and some deputies within the CHP, after remarking that the Turkish National Intelligence Organization (MİT) was guilty of carrying out an operation in the CHP to cause conflict within the party. CHP İzmir Deputy Rıza Türmen said, "We are divided enough on our own. I do not know if we need the MİT [to drag the party into conflict]." The CHP leader on Sunday repeated his claims, asserting that the agency has been engaged in acts that will lead to division within the party including blacklisting some deputies.

Main opposition leader Kılıçdaroğlu asserted the claim on Thursday that the MİT had been spying on his party. "A certain group within the intelligence organization has been ordered to create trouble in the party and to weaken the party's image," Kılıçdaroğlu said.

On Kılıçdaroğlu's accusations, President Recep Tayyip Erdoğan said, "The MİT has never tried to divide this or that party. It does not work for a party. The MİT is a state institution that protects our national interests. One needs to beware of making false accusations of the MİT."

Criticizing the CHP leader for his remarks, Prime Minister Ahmet Davutoğlu touched upon the latest controversial remarks by Kılıçdaroğlu. In response to the CHP leader's claim, Davutoğlu said that the MİT has no need to cause division in the party, since the CHP is already falling apart.

Davutoğlu, a day after the claim, castigated Kılıçdaroğlu for accusing the MİT to cover his own failure in uniting his party.

The party has been facing disintegration of late as dissenting voices being raised among party members have been getting louder. The party administration was first criticized by Muharrem İnce following the presidential election that resulted in disappointment for the party. The local elections that took place five months before the presidential election was likewise a failure for the CHP. Two subsequent stories of failure led party members to question the leader's incapability of establishing the right kinds of policy to reach success.

Emine Ülker Tarhan, before submitting her resignation from the party, blamed the CHP's administration for their "wrong and weak policies," which she claims are not representative of the people's sentiments and were not made with winning the elections in mind.

Following Tarhan's resignation, Eskişehir Deputy Süheyl Batum asserted that there are 20 more deputies within the CHP who stand against the current policies of the party.

The latest in a series of dissenting voices within the CHP has come from İzmir deputy Birgül Ayman Güler, as she recently made a call on Central Executive Board (MYK) members and its leader Kemal Kılıçdaroğlu to step down. Davutoğlu reiterated in his speech that the MİT is a dignified state institution and should not be driven into political arguments.

"Knowing that I reminded him of this [on Friday] he keeps stretching the argument and keeps saying the same thing over and over again," Davutoğlu was quoted as saying.

Addressing the leader, Davutoğlu further said, "Don't try to attribute your failure to others."

Stating that Kılıçdaroğlu is unable to keep party members together, Davutoğlu said the CHP leader does not have the competence to chair the party. He added that his accusation was only an attempt to cover up his failure to lead.